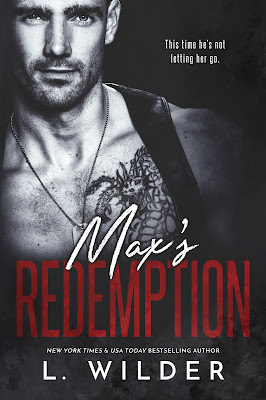 About Max's Redemption
From the New York Times and USA Today bestseller L. Wilder comes a second chance romance that will hold your heart until the very last page.

He has his second chance, and this time he's not letting her go.

Max
Harper Campbell was beautiful, smart, and innocent. I wanted her to be mine.
There was just one problem. She was my best friend's sister.
She was off-limits in ways I couldn't begin to explain, but I couldn't help myself.

We were just kids when we fell in love—young and carefree. Then tragedy struck, and I felt I was to blame.
I did the only thing I thought I could—I left, leaving everything I cared about behind.

Harper
I'd loved him for as long as I could remember, and losing him almost broke me.

I tried to move on.
I tried to forget.
But I could never forget Max, the boy I loved with all my heart and soul.

I never thought I'd see him again, but with one unexpected encounter, he was back. He wasn't the same boy I'd fallen in love with all those years ago. He was that, and so much more. As much as I wanted him, I had to wonder... could my heart survive another break?

Max's Redemption is a standalone, second chance romance that will pull at your heart strings, and while it isn't an MC, it will still take you on a wild ride. So, hold ladies, here comes Max. 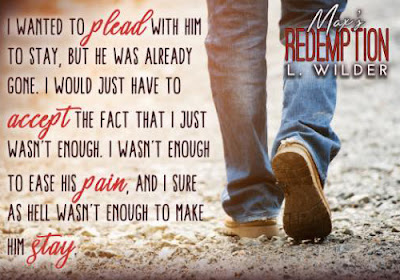 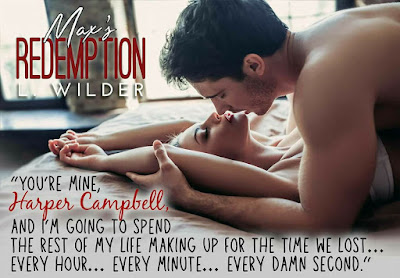 An Excerpt from Max's Redemption
“Do you really think we can do that?”

“I think what we have is worth fighting for. We’ve both made our mistakes, and over time, we’ll make more. But we’ve got to learn from them and find a way to move on. It won’t always be easy, but together I believe we can do anything.” I gave his hand a gentle squeeze. “Besides, you’re my goose. I don’t want to live my life without you.”

Max reached for me, pulling me towards him and pressed his lips against mine; then he kissed me with all the love he’d kept bottled up inside of him for the past ten years. It was soft and tender and filled with promise. I wrapped my arms around his neck and pulled him closer until there was no space left between us. Being with him felt like home, and my entire body melted into his. I’d imagined this moment so many times, but I never dreamed it would feel this wonderful. The boy I’d once known was now a strong, self-assured man, and I couldn’t get enough of him. A low moan escaped through my parted lips as he kissed me deeper, and suddenly everything changed, becoming frantic and full of need. We were about to get carried away, when Max suddenly broke the kiss.

Our breaths were short and strained as he rested his forehead against mine. “Are you sure about this?” 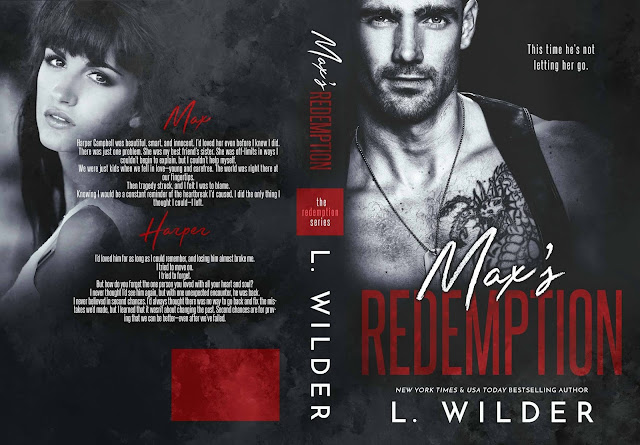