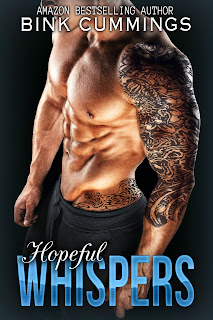 After mother-to-be Katrina Remington left Texas, she vowed to move on with her life. She had her two daughters, Roxie and Scarlett, who were her entire world. She even got a best friend out of that nightmare of a trip during Thanksgiving. So what if Kade Knox happened to be Brent Knox's younger brother? The same Brent who had the road name of Ryker and was the father of her children. The same Brent she still loved as much as she hated. But he stopped being her Brent when he chose to marry the woman he slept with and got pregnant. Now, he's just Ryker, better known as Asshole. Who needs him, anyway? It's time for her to jump back into the dating game. Someone's interested, even if she happens to be quite pregnant. But before she can even venture that way, she's kidnapped by a rival motorcycle club, one that believes Ghost--aka Michael Remington and Kat's father--owes them. Taking the daughter of an officer of the Sacred Sinners MC's Texas Chapter demands retaliation, but first, Ryker will need to not only rescue the woman he loves but he'll have to decide what kind of future lies ahead for him and his Tiger.

Hopeful Whispers picks up where Kat and Ryker left things during Thanksgiving in Hopelessly Shattered. The New Year is upon Kat and she wants to start her life anew, this time without Ryker around. But these two seem forever bound to one another. When she's taken by another MC, Ryker's beside himself with worry and anger, making it clear that he's never stopped loving her. Hell, the woman he married had also been abducted, and yet, his primary concern was Kat. These two had a lot of push and pull going on, which led to some frustrating moments, but I still couldn't help but want them to get over everything and get back together. Of course, it's revealed that Ryker isn't staying with his wife merely because she's pregnant, but I won't divulge what that reason is. You'll have to read the book. Can I also say that I adore Kat's friendship with Kade? These two were hilarious. I would, however, love to see Kade continue to fall all over himself for Rosie, Kat's bodyguard. Now, this second book does end on a cliffhanger--and it was pretty frickin' evil one that left me feeling more hopeless than hopeful--which I was surprised by, because this was originally supposed to be a duet, but oh well. Without a release date for the third and final book in Kat and Ryker's story, the waiting game begins once again! I'm giving Hopeful Whispers four stars. ♥