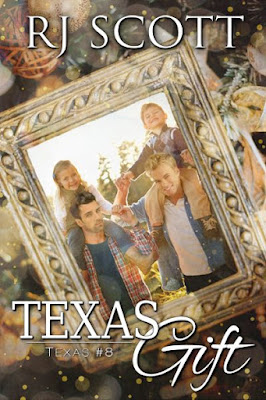 When Hayley arrived on the steps of the D, Riley and Jack knew life would never be the same.

Told through Riley and Jack’s eyes, this is ten years in the life of their family and watching Hayley grow up, fall in love, and start her own life. Hurricanes, illness, babies, happiness, sadness, work, play, the barn, the office, horses, friends, enemies, and above all love.

Find the Texas series on Goodreads.

An Excerpt from Texas Gift
Chapter One

He’d fucked up big time, and he should have seen it coming, because everything he did went in cycles. He and Jack hadn’t argued in so long and maybe the tension that had been building inside Riley had needed an outlet; he’d provoked the argument. He’d pushed and prodded and sulked and shoved at Jack until Jack had snapped.

Not in loud, shouting temper, or anything like what Riley deserved. No, Jack had gone deathly quiet.

Riley shouted at him, got everything out of his system, felt the weight of it all lessen by throwing it at Jack and what had happened? He’d stood there at first, confused, and then steadily calmer. Weirdly calmer.

They argued; no normal marriage went without arguments over things as important as the kids and as trivial as picking up wet towels. But they resolved things, Jack/Riley was a unit that worked. They sometimes bickered and teased, they shouted rarely, and on the odd occasion there would be sulking. Mostly from Riley. He considered it as thinking time but Jack just called him on his sulking like a child.

Their arguments always ended in love; talking, kissing, complete forgiveness that could only come when two people understood and loved each other.

This morning though, he’d made Connor cry, Lexie scowl, and Max hide under the table with Toby. Jack hadn't even stayed for that. The crying, scowling and hiding had happened after he’d left.

“Why are you shouting at Pappa!” Connor shouted back at Riley. “Stop shouting.” Then he’d started to cry, and Riley’s heart had broken into a million pieces. He’d sat between a crying Connor, and a sullen, angry Lexie and tried to explain that he had a bad headache and he didn’t mean to shout. For headache, read migraine, tight painful migraine that blurred his vision and made him feel sick. He’d taken meds and the sharp edges of the glass in his head were easing, but he couldn’t think straight. Connor stopped crying.

“You were so mean,” Lexie summarized, but she did give Riley a hug and kiss him on the forehead to make it all better.

Max on the other hand, while not angry with Riley and the shouting, was still under the kitchen table with Toby. The black lab, Riley’s black lab, was between Max and Riley in a protective furry wall.

“It’s okay Tobes, I got this,” Riley tried to fold all six-four of himself under the wood. He got caught on a bench, his neck burned, his stomach was in knots, but nothing was going to stop him from getting to Max. Toby did eventually move to one side but not too far. Toby may well have been Riley’s dog at the start, but he and Max were inseparable now.

“Max, buddy?” he began, and Max at least looked up at him for a split second. “You okay?”

At least he wasn’t rocking, or stimming. He was just sitting with his dog in his favorite place under the kitchen table.

“Is everything okay?” Carol said from behind him. He scrambled back and brushed himself off. “Riley?”

“At the kids?” Carol asked, aghast, as if that was the ultimate sin in her eyes. Which, to be fair, it was in Riley’s as well. He and Jack didn’t shout, they cajoled, and bargained, and ran a happy house. Most of the time, anyway. Just not this morning.

“Is Max okay?” she peered under the table and smiled at Max. He adored her, the kids all loved their nanny, probably quite a bit more than they loved their dad today.

“He seems fine.” Riley peered out of the window at where Jack had gone. The damage had been done, but Connie and Lexie were chatting to each other, Max was with Carol and he needed to go and make things right with Jack.

Riley shot her a grateful glance, and as he left the kitchen he heard Lexie telling Carol that her Pappa had a headache and that she’d kissed it better. When he closed the door it was just him and the ranch and finding Jack. It didn’t take him long; he was outside their barn, looking up at the siding, with his feet apart and his arms crossed over his chest.

Riley inhaled the fresh morning air and pulled back his shoulders. He could do this; he could ignore the pain in his head now it had lessened a little, he could push back the nausea, and he could go and apologize to Jack for being a fucking idiot.

“I’m sorry,” he murmured, coming to a stop next to Jack, only a few inches separating their arms. Jack didn’t move.

“It’s okay.” Although it didn’t sound okay at all. Okay was one of those words that meant nothing in the context of an argument, it was a word that plastered over cracks in a relationship. Okay was quiet and tight-lipped silences and Riley recalled okay from when he was a kid.

“It’s not okay, I have a headache and I didn’t mean any of what I said.”

“You didn’t mean to say that life would be easier if you didn’t have to listen to me?” Jack’s voice was low and serious, and Riley winced.

“You were saying too much, and I couldn’t think.”

Their discussion had started in the bedroom.

“I asked if you’d made an appointment to see someone about the headaches.”

“And why you were limping again—”

“And why you weren’t sleeping, and why you spent so much time at the office, and why the fuck have we not used the barn in over a month?”

The barn wasn’t just the barn, it was a euphemism for sex. They hadn't been together in a month, over a month now. How did Riley explain that he’d been at the office, sometimes with the blinds shut, closing out the light, sleeping? How did he explain he didn’t want to see a doctor because the headaches scared him? And how the hell did he tell Jack he was limping because every single one of his muscles hurt, because he was tired, because it was all too much?

“You’re not, Riley, because you won’t listen to me.” Jack pointed at the barn. “I’m thinking we turn this into a games room for the kids.”

Riley gripped Jack’s arm. “No, what the hell?” His tension fled and in its place was panic. This was their space. Sometimes they came out here to talk, to hide away from the world, but it was also the one place they had the hottest sex he’d ever experienced. He wanted that again, but he was so tired, every time he turned over in bed his neck hurt, and his head pounded, and his leg ached, and he was fucking tired of it all. “Jack, I’m sorry, don’t…”

Jack turned to face him, and his expression wasn’t angry. “Either you go to the doctor, right here, right now, or I start clearing the place for a pool table.” He looked deadly serious, and Riley couldn’t tell if this was an empty threat. Then Jack softened, cradled his face and pressed a kiss to his forehead. “Riley, please.”

Just those two words pierced the fear in Riley, he couldn’t stop the pain, or the threat of being sick, or not sleeping, but whatever was wrong, Jack would be there for him.

Jack gathered him close. “You think I’m not?”

“Please don’t,” Riley said against Jack’s neck. His words sounded slurred and fear made him sway. What the hell? “Please don’t let me chase you away.”

And that was the last thing he heard as his world went to black. 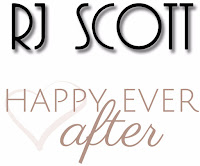