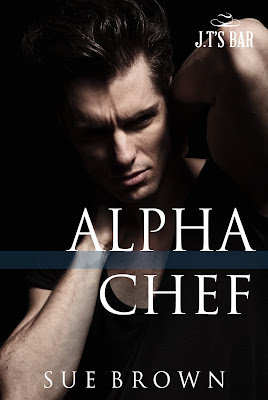 About Alpha Chef
When Greg Mitchelson’s home is torched and his employer killed, Greg fears it's retribution for his past testimony against a notorious drug gang. Alone, with no money and only the clothes on his back, Greg turns to Colm Riordan, the Deputy US Marshall who's protected Greg for the last 3 years. But Riordan doesn’t return Greg’s phone calls, and the local Marshal’s office refuses to help him.

In desperation, Greg goes on the run to Wyoming to find his brother, Mitch, whom he hasn’t seen in over a decade. As he reconnects with his brother, Riordan appears, searching for his missing witness. But Greg needs the answers to a lot of questions before he’ll trust Riordan again. Why didn’t he return Greg’s call? Is Riordan there to help Greg – or kill him?