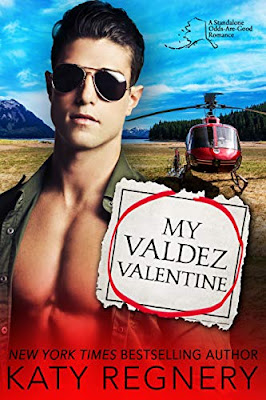 About My Valdez Valentine
Fall in love with Katy Regnery's superhot Alaskan men...

When Los Angeles lawyer Addison receives a desperate voicemail from her adventure-seeking brother, Elliot, she hires Alaskan helicopter pilot Gideon (whom she first discovers via an ad in the Odds Are Good magazine) to take her to her brother’s last known location. As the two uncover more and more details about Elliot’s last days, they find themselves falling deeply for each other. 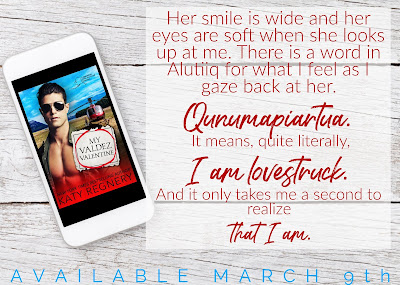 Read my five-plus-starred review of My Valdez Valentine.

Add My Valdez Valentine on Goodreads. 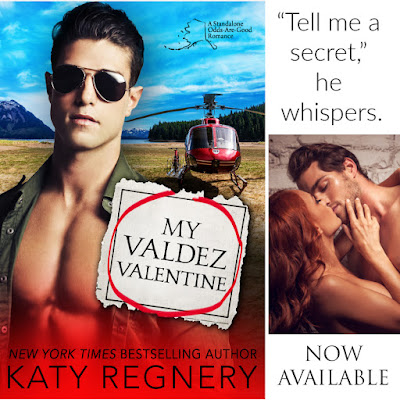 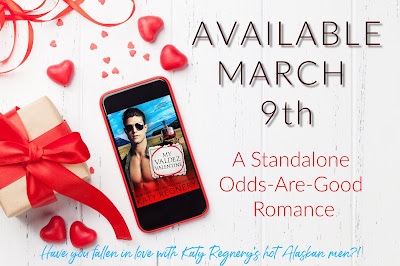