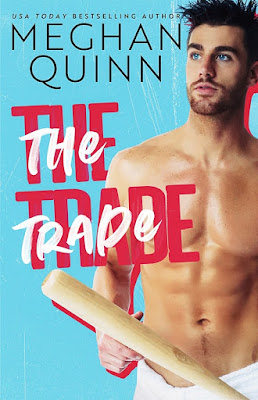 About The Trade
Can you pinpoint a time in your life where you realized you are completely and utterly screwed?

I can. I got the dreaded phone call, the one every baseball player hopes and prays never comes.

I was traded. Yeah, that phone call.

Traded from my long time team of over ten years. And not just to any team, but my childhood rivals; the Chicago Rebels.

Completely and utterly screwed, right? Wrong. The trade was the least of my concerns.

I swore I would never get involved with anyone during the season. Too complicated. But can you believe I have zero restraint when it comes to this girl? I couldn't get her out of my head and the more I talked to her, the more I realized I needed her in my life.

So what's the problem? Why am I screwed? Because, Natalie, the girl I can't stop crushing on, yeah . . . she's married. 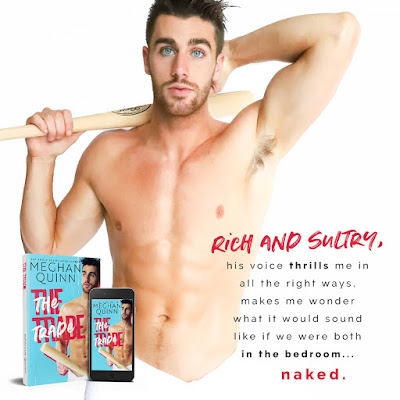 Read my five-starred review of The Trade.

Add The Trade on Goodreads. 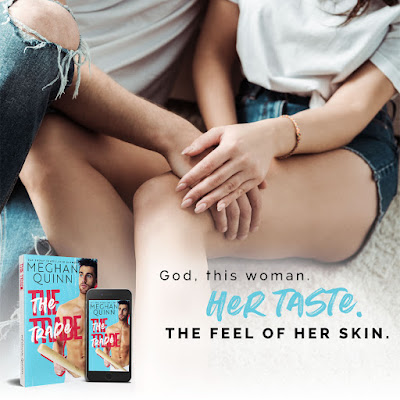 An Excerpt from The Trade
Cory
I’m fucked.

I’m sure you hear that all the time, so the term has lost its impact.

I can guarantee you right now, this is nothing compared to old-man balls and cookies.

This is way worse.

This defines the term, I’m fucked.

What is it you ask?

It happened after one of the worst baseball seasons of my life. Traded halfway through the season to the team I’d hated my entire life, I was drowning in the constant media attention, persecuting me for the pass off for my multi-million-dollar contract.

“We want to win,” the Rebels said. “We can do that with Cory Potter wearing black and red.” And just like that, the team I’ve been playing for my entire professional career up and traded me to unload my hefty salary to develop new up-and-comers from the farm system.

I’m a fucking Chicago Rebel. Words I never thought I’d say, especially growing up as a Chicago Bobcats fan, the rival team to the Rebels. Not just rival, but enemies. The teams themselves don’t get along, the fans hate each other, and Chicago is divided for a good portion of the year when the stadium lights are on.

But here I am, my name attached to the biggest trade in sports history.

An upset to Baltimore.

I’ve heard it all, I’ve seen it all, and no matter what’s splashed across the headlines, it doesn’t deviate from the fact that my long-time team decided to part ways with me midseason.

After fourteen years, I packed up everything and moved back to Chicago.

But even that’s not why I’m fucked; it’s just the start of it.

The beginning of the end.

But if you were in my shoes, you’d be thinking the same thing.

After not even coming close to getting into the playoffs, the season ended, I was booed off the field because that’s how Rebels fans are—you don’t perform, they hate you—and I sequestered myself to my practically empty and cold apartment.

After a week of binge-eating deep-dish pizza and watching every prison documentary on Netflix, my sister finally dragged me out of my apartment, forcing me to attend a Bobbies playoff game with her so we could cheer on my brother-in-law. Her husband.

Seeing a Rebels player cheering on a Bobbies player plastered all over the news went over just as well as a grandma telling her grandson her favorite pastime is cock-tickling.

This is beyond worse than that.

During that game, I got the talk. Not the birds and bees, but the talk from a concerned sister about my lack of social life.

You really should get out more.

I know some single moms who are really nice.

Maybe a dating app might be fun. Girls would be ecstatic to match with the one and only Cory Potter.

I don’t want you dying alone.

That last one was a real kicker.

Dying alone. I’m fucking thirty-five and she has me with one toe in my grave.

The way I see it is, if you don’t meet your girl in college or high school, you’re sure as shit not going to meet her while playing professional baseball. Not when the schedule is obscenely busy and long, and not when you’re known for one thing in your city: making a shitload of money for playing a sport.

It’s almost impossible to find genuine relationships when you have this level of fame.

So I’ve resolved to waiting until after I retire to fall in love.

That doesn’t mean I’ve been celibate, I’m a man after all—a man with a shitload of adrenaline pumping through him on a daily basis. I’ve had my fair share of one-night stands with women, and a few on a solid repeat with zero expectations. Every woman I’ve bedded I’ve treated with respect, and I’ve been honest with them, because if anything, I’m a genuinely nice guy who doesn’t ever want to make someone feel bad.

Ask anyone who knows me, I’m the nice guy, the dependable guy, the leader with a heart.

I don’t screw women over, ever.

Are you thinking one of those one-night stands turned into an “accident”? Is that the reason I’m fucked? Got a girl I don’t know pregnant?

Nope, not that either.

But the conversation I had with Milly pushed me to a new way of thinking.

I don’t want you dying alone.

She made me fucking paranoid.

Was I really going to die alone?

Were my good years behind me and now I’m old meat on the market?

Should I be trying to find love in the midst of the craziness of my life?

Milly made me think, which then made me open up to the idea of finding someone, of looking at women differently, of allowing the relationship part of my brain to turn on.

So instead of ignoring every woman that has relationship potential I’d possibly look for, I turned off my blinders and started looking for them.

But I didn’t come close to meeting anyone that remotely fit the box of someone I’d consider going out on a date with. That was until I attended a certain charity event.

I saw her from across the room. Her smile was what caught my eye, then it was the way she laughed and held on to her brother’s hand, her brother who had cerebral palsy.

It was the way she’d lean into him, hold him, as if he was the most wonderful human she’d ever met.

The fact that she was absolutely breathtaking with piercing blue eyes had nothing to do with it.

It was her infectious laughter.

Her dedication to her family.

In a matter of seconds, I wanted to know her, wanted to find out her name, wanted to be in her orbit. Wanted to be a recipient of her warmth and affection.

I watched her from across the room, how she interacted with every person who came up to her, and when I was finally granted the opportunity to introduce myself, my breath caught in my throat when our hands connected. I felt my heart slam against the cage in my chest. And I knew, in that moment, with our hands mid shake, my life would never be the same.

Her name is Natalie.

Sister to my new teammate Jason Orson and his twin brother Joseph.

Director of Jason’s foundation, The Lineup.

And the reason why I’m utterly fucked.

Because while I started to grow attached to this magnetic and beautiful woman, when I told my sister about her, she informed me there was a ring on Natalie’s finger.

A ring that didn’t belong to me.

Hope plummeted in the matter of seconds as I felt the color from my besotted face drain into a puddle of remorse.

She is fucking married.

I’ve been crushing so hard, because even a month later, I still think about her. I can still hear her laugh, see her smile, feel her hand in mine.

They say time will heal all wounds, well for me, the more time passes, the more my wound is exposed and tormented.

Cory Potter is crushing on a married woman . . .

That is why I am completely and utterly . . . fucked. 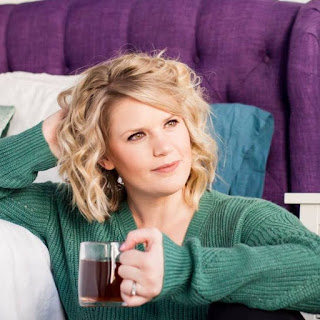