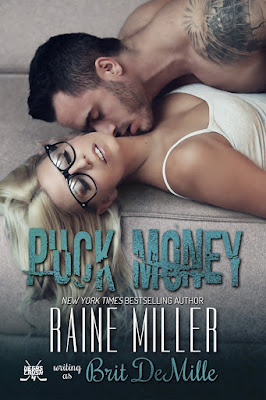 About Puck Money
They call me the Ice Dragon but it's really just all for show.—Boris Drăghici, Vegas Crush

The Ice Dragon was traded to Las Vegas for one reason and one reason only.

To bring the Crush another Cup Championship.

But off the ice, there’s something not right with my money.

My financial managers in Russia are probably stealing from me.

So I really need the expert eye of a pro to investigate what's going on.

My money being stolen is problem number one.

Having the hots for the genius finance-goddess I just hired to help me out of problem number one?

It’s very pucking hard to keep things professional when the girl of my dreams—the girl who may be the ONE—is saying "no" to crossing the blue line with me.

I guess this means the Ice Dragon will just have to keep fighting until Talia Wentworth understands that I want her for so much more than simply managing my puck money.


PUCK MONEY is a sexy STANDALONE sports romance about a Russian/Romanian hockey center with money problems and the tantalizing financial advisor he's hired to sort out his p#cking investments. Boris and Talia are in for the ride of a lifetime in Fabulous Sin City as they follow the money trail and fall further in lust for each other. This is definitely not your parents' "Financial Planning"! 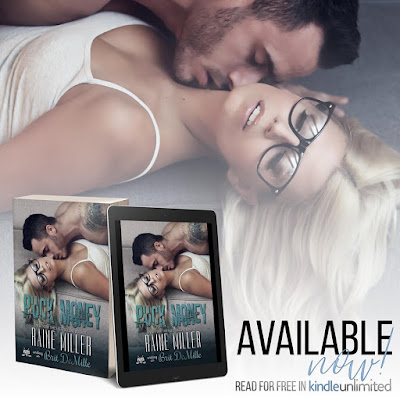 About Raine Miller
Brit DeMille is Raine’s alter-ego in case you didn’t know.

And she is having an absolute blast writing books that are a little bit different from what Raine usually writes. Brit loves stories about sexy billionaires [millionaires make the cut too] who fall in instalove with young women who may or may not be virgins, and then go on to make adorable babies together. In addition to the billionaires, hot hockey players are at the top of her list of favorite heroes, along with royals and ex-military bodyguards.

The most important thing to Brit when she writes a story is a happily ever after. But during the actual writing of the story, the most important thing to Brit is a cup of hot tea with a splash of milk, and a stash of cherry Jolly Ranchers. A dog or two will likely be in between Brit and the chair at any given moment, which is very handy, because they are the ones who approve everything she writes.