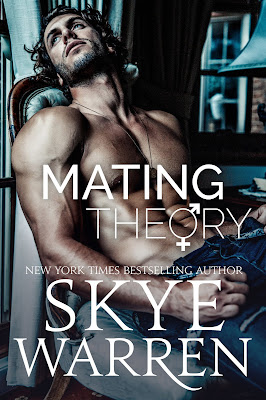 About Mating Theory
Billionaire Sutton Mayfair has nothing left to lose...

My best friend is getting married to the woman I love. They say the nice guy finishes last. So what's the point of being a goddamn gentleman?

Maybe I should take what I want.

Even that sexy little thing on the street corner.

She needs a hot meal and a place to sleep. Instead I'm taking her home to soothe the savage beast inside me. I was born a bastard, and for the first time in my life I act like one.

I didn't know I had someone left to lose.

But for a single heartbeat, I had her. 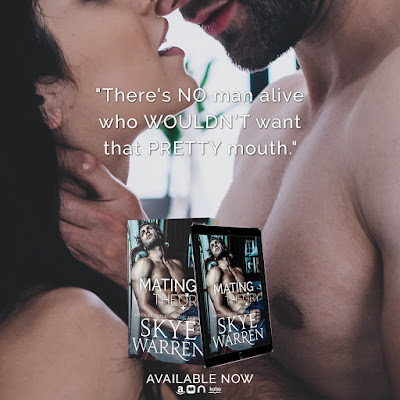 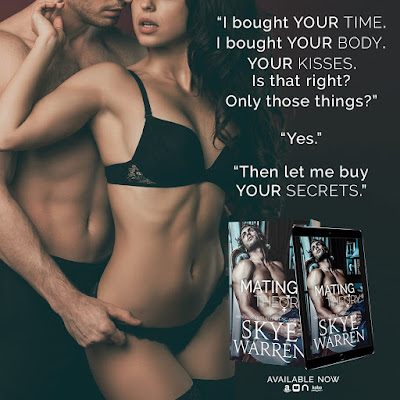 An Excerpt from Mating Theory
“Which one broke your heart?”

There was no way I could choose between them, but it had not been a choice. They wanted each other. Electricity crackled in the air whenever they were in the same room.

Well, I could be happy for them.

That’s what a good man would do. A gentleman, and I’ve worked so fucking hard to pretend that’s what I am. Until the liquor stripped my skin away. Until this girl sat beside me, asking which one broke my heart. She watches me with clear eyes, her gaze impossibly wise. What does she see?

A sympathetic sound that feels like a stroke to my cock.

She doesn’t look shocked that I fell for a man, even though it shocked the hell out of me. I questioned my sexuality, fought with it—lost myself to it. Wanting Harper did not diminish wanting Christopher.

There’s something worldly in that dark gaze. Any other day I would find out what.

Tonight, I don’t care. She isn’t a person with wants and dreams and needs of her own. I’m going to use her body the same way they used mine. I’m going to take what they took from me.

“Your name,” I say, though it doesn’t really matter.

“Ashleigh.” She sounds uncertain for the first time tonight, her name drawn out into two parts. Ash, like the soot in a fireplace. And leigh, leigh, leigh. She’s beautiful, and I’m wasted.

“Come here, Ashleigh.” Except I don’t give her a chance to come here. She might use it to leave, to disappear down that metal staircase where I can’t follow.

My hand wraps behind her neck, pulling her close. My lips are harsh against hers, hungry and hard. I want to punish her for the emptiness inside me, except when she makes a little sound of fright, it fills me up with something else. Pleasure like black velvet, the kind of darkness I want to stroke my fingers over, back and forth, to feel the fibers pull against me.

Her shuddery breaths are like water, and I drink and drink. My tongue slides against hers. It’s a graphic act, this kiss. More obscene than actual sex could be. More invasive as I push her head back and explore her mouth, not waiting for permission, not leaving any place untouched.

I must taste like whiskey, but she doesn’t pull away.

I’m the one who breaks the kiss, panting hard. Liquid dark eyes stare up at me.

Surprise. More than that. There’s outright shock in her expression. Is she younger than I thought? More innocent than anyone I ever met? I should ask her about sex, but those aren’t the words that come out of my mouth. “Have you ever been in love, Ashleigh?”

A slow shake of her head. “No,” she whispers.

"For a hundred dollars."

There's a drum in my head, pounding, pounding, telling me I've got something wrong. Really wrong. "A hundred dollars," I repeat, wishing my veins weren’t running hot with liquor.

"For an hour. I know how much that suit costs. You can afford it."

I pull back, moving careful so I don’t tip over. “What are you talking about?”

A cool breeze skates over us, and she shivers. I want to comfort her, but that’s not what this is about. A fast fuck on an abandoned rooftop while the sounds of a massive block party bounce off the buildings around us. And a hundred dollars, apparently. Jesus. I was about to fuck a prostitute.

What’s worse is that I still want to do it. More, because I know she’ll let me do anything. 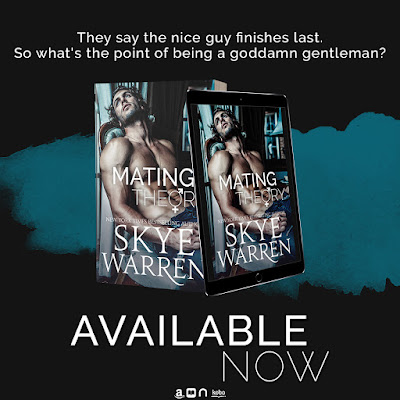 About Skye Warren
Skye Warren is the New York Times bestselling author of dangerous romance such as the Endgame trilogy. Her books have been featured in Jezebel, Buzzfeed, USA Today Happily Ever After, Glamour, and Elle Magazine.

She makes her home in Texas with her loving family, sweet dogs, and evil cat.