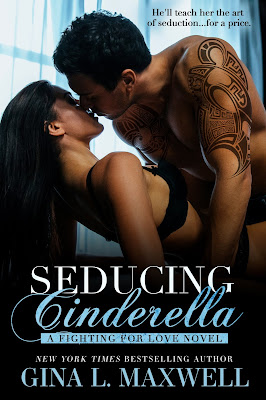 Only months before reclaiming his championship title, mixed martial artist Reid Andrews suffers a serious injury. Fortunately, his trainer knows the perfect physical therapist to get Reid healed and back into fighting shape—the little sister of Reid’s best friend. But Lucie is no longer a little girl, and she’s more than capable of handling a bad boy with a bad attitude.

Lucie Miller needs some professional help of her own. Bookish girls don’t usually land the hot guys, and she’s gone unnoticed by a certain doctor for way too long. So when her childhood crush offers her lessons in seduction in exchange for getting him ready for the biggest night of his career, Lucie jumps at the chance.

But things change when Reid finds himself in the fight of his life, and it has nothing to do with the championship. Now he needs to switch up his game plan and win Lucie’s heart...before she gives it to someone else. 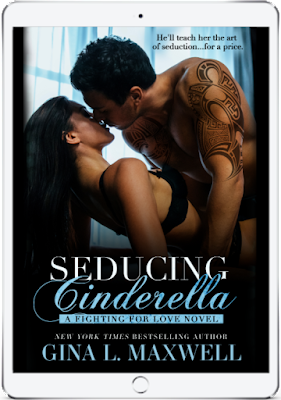 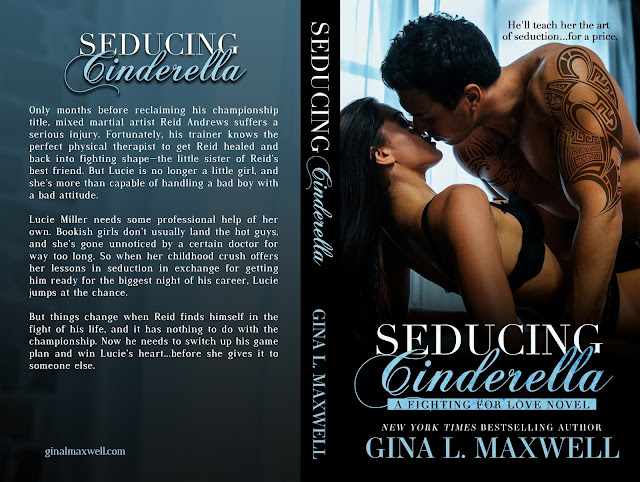 About Re-release of Seducing Cinderella
Gina L. Maxwell’s debut, Seducing Cinderella, originally released digital-only in July 2012. In only 4 weeks, it shot up to #33 on the USA Today Bestseller list and all the way up to #9 on the New York Times. Due to its huge success, Seducing Cinderella was then published in Mass Market Paperback and eventually translated into 8 different languages. All these years later, readers still tell her how much they adore this story!

Whether you’re a die-hard fan of Reid and Lucie’s epic love story, or you’re just now meeting them for the first time, you’ll enjoy this brand new edition, complete with a new epilogue and the addition of 2 bonus scenes that continue their love story.

Included in the new edition:
• Completely re-edited
• Significant changes made to several scenes
• Over 7K words of added content:
• Epilogue: Catch up with the happy couple 8 years in the future.
• Bonus Scene 1: See how Jax finds out that his best friend is dating his little sister.
• Bonus Scene 2: Enjoy a candid interview between Lucie and Reid with a surprise ending!

FOR ONE WEEK ONLY: Seducing Cinderella will be sold wide on all major retailers* for the introductory price of $2.99!

AFTER THAT: The book will be available only on Amazon for $3.99 or FREE in Kindle Unlimited!

*Amazon, Barnes & Noble, Apple Books, and Kobo. If not all retailers are available right away, please check the buy link a little later. It will update once the book is available. The paperback will be available on Amazon.

[NOTE: If you own the original version of the book, you’ll still have to acquire this edition; your old file will not update as the publishers are different.] 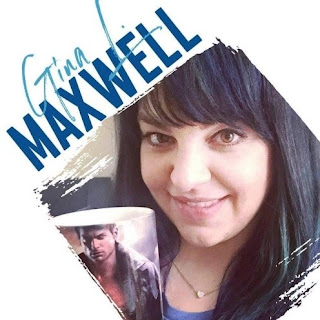 Gina L. Maxwell is a full-time writer, wife, and mother living in the upper Midwest, despite her scathing hatred of snow and cold weather. An avid romance novel addict, she began writing as an alternate way of enjoying the romance stories she loves to read. Her debut novel, Seducing Cinderella, hit both the USA Today and the New York Times bestseller lists in less than four weeks, and she’s been living her newfound dream ever since.

When she’s not reading or writing steamy romance novels, she spends her time losing at games to her high school sweetheart, hanging out with their adult teenagers as they learn to fly on their own, and dreaming of her move to someplace warm once they finally do. 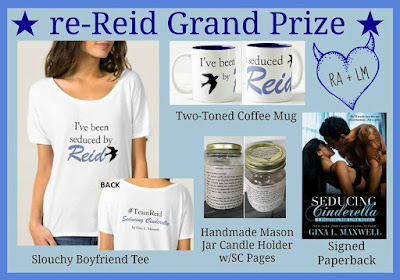 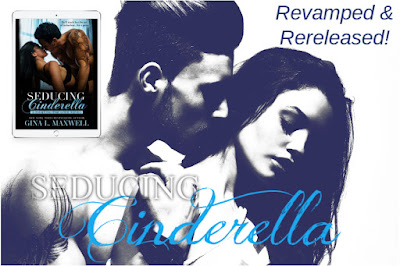