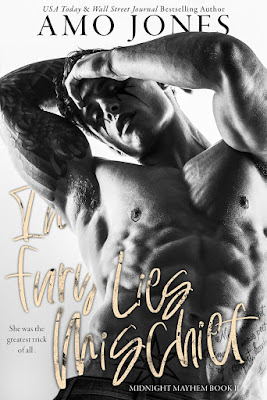 Until she wasn’t.
Until he wasn’t.

Killian Cornellii was a walking calamity. He reached inside of me and touched every single inch of my ruined soul, but he didn’t just touch it. He caressed, petted, and captivated it. He tailored me to fit into the palm of his hands. The same hands that possess so much cruelty, were the very same that comforted me.

I thought I knew him.
He thought he knew me.

This isn’t a fairy tale, or some achingly beautiful story about two soul mates who instantly fall irrevocably in love with each other.

This is a story about a love so painful, so rich, that it destroys everything and everyone around it.
Including ourselves.

Midnight Mayhem is the platform to which Killian performs his tricks on, but the greatest trick wouldn’t come from him.

It would come from me.

Tricksters don’t have hearts.
They just pretend that they do.
Tick. Tock. Tick. Tock. 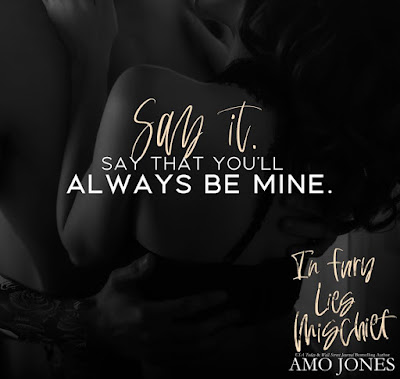 Read my five-starred review of In Fury Lies Mischief. 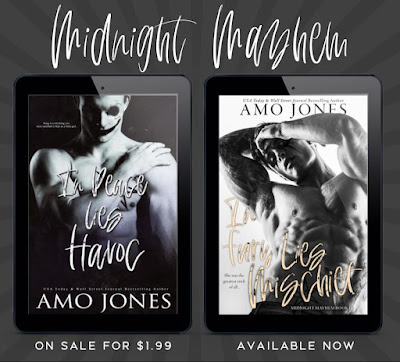 She likes cake, loves wine, and her religion is magic (Slytherin). She's a profound work-a-holic, but when she's not writing, you can find her chilling with her kids & Husband at the nearest beach, with a cocktail in her hand.

New Zealand is not a state of Australia and rugby is the best sport ever played.