Release Blitz: The Other Guy by Jennifer Van Wyk 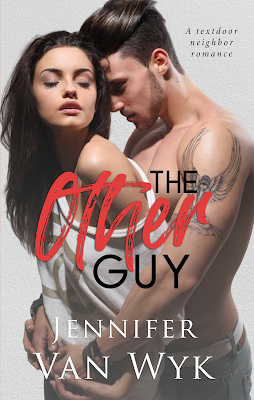 No, it’s not what you’re thinking so calm down. And yes, I just dared to say the words “calm down”.

He’s the guy your mama warned you about.

I just so happened to be his number neighbor.

Yeah, you read that right.

I’m the Textdoor Neighbor to the guy having one night stands with seemingly the entire town.

And I’m the lucky one who gets to “break up” with his not so lucky conquests.

Turns out, breaking up with most of them wasn’t as hard as I’d expected it to be.

Until she came along.

I was content living my boring life, running a boxing gym and going home to an empty house.

She made me realize that maybe being content isn’t enough.

And this is the story about how I became… the other guy. 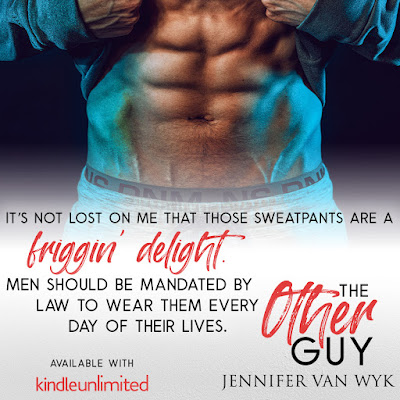 Read my five-starred review of The Other Guy.

Add The Other Guy on Goodreads.

Enter the release day giveaway for The Other Guy on Facebook. 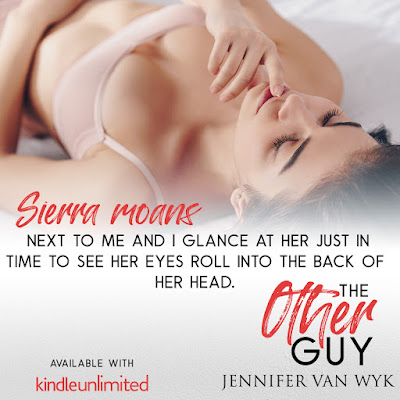 An Excerpt from The Other Guy
I don’t take the time to turn on light switches and neither does Sierra. Instead, we fly down the hallway, dropping our coats along the way. I push through my bedroom door, the knob hitting the wall with a loud thwack but it could punch a hole in my sheetrock for all I care. I can fix it later. Right now I have better things to worry about. She flips on the light as she follows and murmurs, “I wanna see.”

“Good. Because I plan on staring at you for a while.”

“Oh my,” she breathes and starts stripping off her clothes. I stop her, wanting to do it myself but she bats my hands away, ripping her cardigan off and tossing it behind her. She shakes her head, her long dark hair swishing around her. “You do you. I’ll do me. This time. I don’t have the patience to wait longer.”

I grin and whip my shirt off as she undoes the button on her jeans, watching in amusement as she tries to simultaneously remove her shoes and skintight pants at the same time. She falls on the floor with a thud but it doesn’t stop her mission. She quickly unzips the side of her boots, kicks them off then wiggles out of her jeans while I finish undressing as well.

She works off her tank top and is standing before me, chest heaving in only a bra and underwear. There’s nothing particularly sexy about them. A black cotton bra and pink panties with black polka dots. For some reason, the simple combo does things to me. Way more than if she were in some skimpy lingerie that didn’t match who she is. I like the fact that top to toe, Sierra is who she is and she doesn’t feel the need to change that in front of me.

“You’ve seen me in less,” she reminds me.

“Yeah, but that was different.”

“How so?” she asks, walking to me. She lays soft hands on the bare skin of my waist and I swear I feel a zip of electricity shoot up my spine.

She presses her lips to my chest and I let my forefingers slide under her bra straps. “Because then, we were friends.”

I can tell she’s both teasing and nervous when she asks. She wants me to admit to liking her more than friends just like I want to admit it. 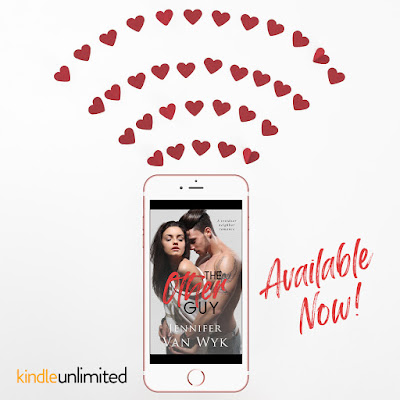 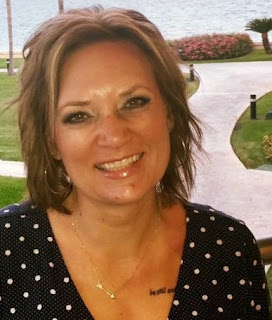 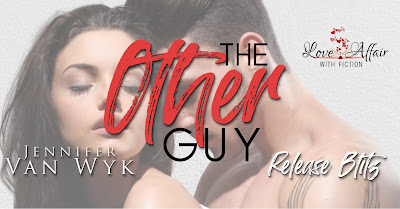