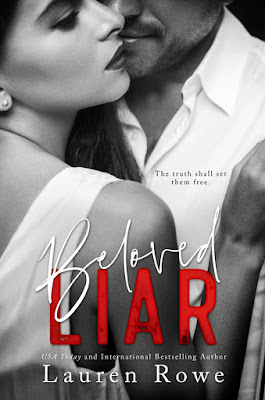 
About Beloved Liar
The truth shall set them free.

Secrets have now been revealed...lies uncovered...and stubborn walls broken down. Reed always says everyone’s got a price... It’s been his mantra for as long as he’s had money in the bank. And now, he’s desperately trying to figure out Georgina’s before it’s too late.

The scorching-hot love story of Reed and Georgina began as a simple game of cat and mouse, a game of seduction between a music mogul and a young, aspiring journalist. In the beginning, both sides considered themselves the hunter. Both sides thought they were running the game. But what unfolded between them was an unexpected bond neither of them saw coming. A once-in-a-lifetime soul connection. Unfortunately, though, betrayals and lies have come between them now, leaving two hearts on the brink of total decimation...

Will the truth finally set Reed and Georgina free to find the happiness they both so desperately desire...or have they lost their chance at love forever?

Beloved Liar is the third book of the standalone Reed Rivers trilogy. The full trilogy is Bad Liar, Beautiful Liar, and Beloved Liar, to be read in order. 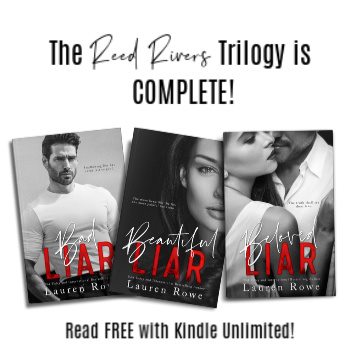 USA Today and internationally bestselling author Lauren Rowe lives in San Diego, California, where, in addition to writing books, she performs with her dance/party band at events all over Southern California, writes songs, takes embarrassing snapshots of her ever-patient Boston terrier, Buster, spends time with her wonderful family, and narrates audiobooks.

Much to Lauren’s thrill, her books have been translated all over the world in multiple languages and hit multiple domestic and international bestseller lists. With enticing characters, enthralling situations and a general love of romantic fiction, Lauren has created a world of her own, full of wit and sensual desire.