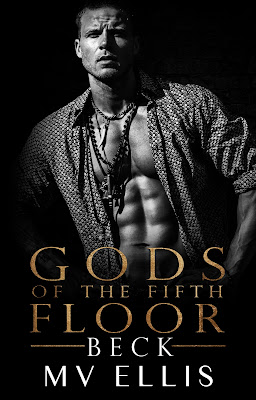 About Beck
Meet the Gods of the Fifth Floor. They work hard. They play hard. They f#ck harder.
Think Madmen meets Suits.

Beck
Money. Power. And as many women as I can shake my d*ck at.
Apparently I’m living the American dream.
In reality, I’m trapped in my worst nightmare.
And I can’t seem to wake up.
The ghosts of my past haunt my future.
The money. The hook-ups. The ad agency. The friends.
I’d give it all up in a heartbeat, for the one thing I want, but don’t have.
Her.

Mel
I’ve worked so hard and sacrificed so much to get where I am.
I should be proud of my achievements.
Instead, my success is marred by guilt.
It weighs heavy on my mind day and night.
My future is apparently bright.
Yet I can’t seem to shake the ghosts of my past.
Each day I remind myself what I have, and try to forget what I’ve lost.
Him. 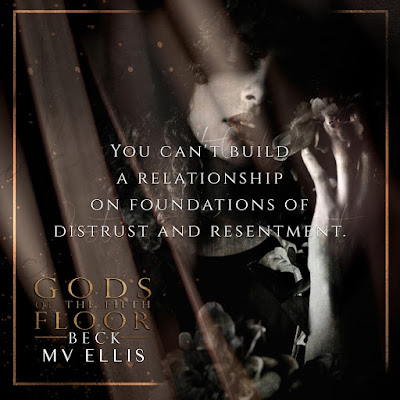 Read my five-starred review of Beck. 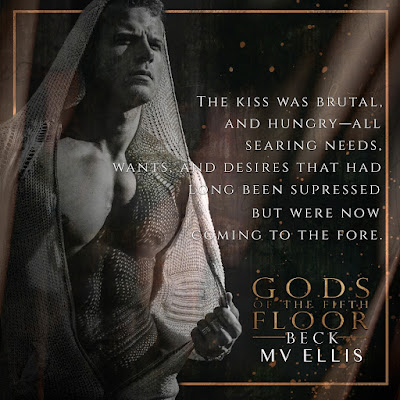 An Excerpt from Beck
Motherfucker! I banged at my steering wheel before driving the heel of my palm on the horn, and holding it there for an extended time. Of course, my frustration wasn’t purely with the New York traffic. Though that was as fucked up as it ever was, getting stressed about it was a one-way ticket to executive burn-out, or a heart attack. Even then you’d probably end up stuck in traffic on your way to your own funeral.

No, the real source of my foul mood was a fiery girl with tawny skin, velvety dark eyes, and the best butt either side of the Hudson, who had left me with a raging hard on, wounded pride, and more questions than answers.