Double Audiobook Review: 'Til Death Do Us Part & From This Day Forward by Addison Albright, narrated by David Gilmore (Vows #1-#2) 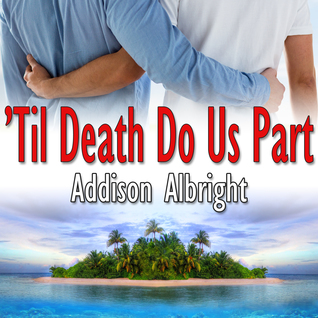 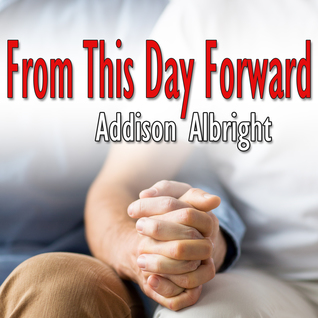 Note: These audiobooks were provided by the author via Signal Boost Promotions in exchange for honest reviews.

'Til Death Do Us Part and From This Day Forward are the first two audiobooks in Addison Albright's Vows series, both of which were narrated by David Gilmore. Both stories are about the same couple, husbands Henry and Sam Miller-Greene. They are very much in love and are as committed to each other as two people can get, but tragedy strikes when the plane Henry is on crashes at sea and everyone is lost, declared dead after not finding any survivors. Sam struggles to accept not just Henry's death but the idea that now, he has to move on with the rest of his life--a life without the man he loves and believed he would spend forever with. It takes a good, long while, but with the support of those around him, Sam finally manages to begin again without Henry by his side. He even manages to find love again with Nash Marino. But then a twist of fate has Sam finding out that Henry, along with three survivors--two men and one child--is very much alive and has just been rescued. Henry and Sam exchanged vows, but five years after the plane went down, will those vows still hold true when Henry learns Sam is engaged?

Talk about an intense story! I've read several stuck-on-an-island-after-a-plane-crash-slash-boat-sinking before, but what I found refreshing about this author's take on the story line was that we had two different perspectives--that of the survivor on the island and the survivor back home, Henry and Sam, respectively. My heart went out to these two as they struggled with their new normal apart, and how it felt as if there was no hope for things to get better, stuck in dire circumstances I would never wish on my worst enemy. The synopsis pertains more to that of 'Til Death Do Us Part than it does From This Day Forward, because giving details on the latter may spoil the former for those who have never read nor listened to either one. What I will say is that the second audiobook, which serves more as an extended epilogue, does have something to do with Henry and Sam and one other character. As far as the story goes, I enjoyed the stories but wished they were combined in one release rather than in two separate ones, with the second being really quite short. Gilmore's narration took a bit of getting used to, especially since it sounded rather droll in the beginning, but as the first audiobook played on, I found myself embracing his voice so by the time we got to the second on, I simply sat back, and enjoyed. I look forward to listening to the next Vows audiobook, To Love and to Cherish. Four stars go to 'Til Death Do Us Part, and 3.5 stars for From This Day Forward. ♥

Purchase 'Til Death Do Us Part on Audible and iTunes.

Purchase From This Day Forward on Audible and iTunes.