Release Blitz: On Board by Jay Hogan 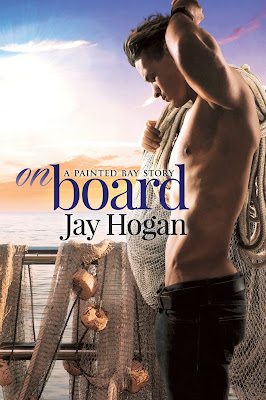 On Board
(Painted Bay #2)
by Jay Hogan
Release Date: September 23, 2021
About On Board
Leroy Madden is in trouble. Big, handsome, Fox Carmody trouble.
Leroy has buried his attraction to the enigmatic fisherman in irritation and pointless bickering, keeping Fox at a safe distance. But with the troublesome man now living in Leroy’s house, it’s becoming impossible for Leroy to keep his true feelings hidden, or the fact that Leroy isn’t so straight, after all.
Leroy hungers for something different between them. He wants more. But Leroy’s business is struggling, his newly mended relationship with his brother is at risk, Fox doesn’t plan to stay, and their mothers are lovers.
Regardless of what Leroy’s heart so desperately wants, his entire world is at stake, and nothing about a relationship with Fox Carmody was ever going to be easy. 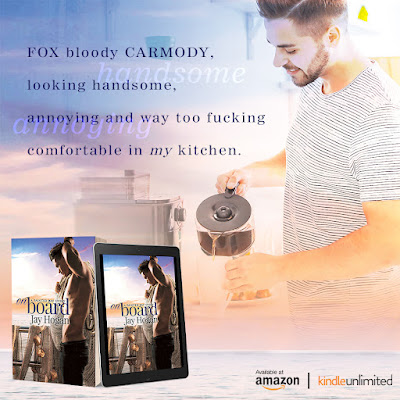 Read my five-plus-starred review of On Board.
Add On Board on Goodreads.
Purchase Links
Amazon US | Amazon UK | Amazon CA | Amazon AU
(Free with Kindle Unlimited!) 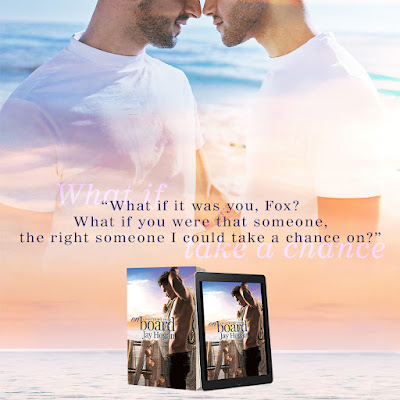 An Excerpt from On Board
I stole a sideways glance to where Fox lounged in the passenger seat of my Hilux, his interested gaze soaking up the countryside. The worst of the Monday morning traffic was behind us and the driving was easy, not that you’d know it by my white-knuckled grip on the steering wheel.
Sister Sledge streamed through the speakers, Fox’s fingers tapping away on one thickly muscled thigh wrapped in tight stonewashed denim. A fashionable rip mocked me from just above the knee, revealing the faintest glimpse of tanned skin and short dark hair, not that I was looking.
Yeah, right. I was soaking that shit up like sugar in hot coffee.
The universe was definitely fucking with me. Well, that and my mother who’d arrived for Sunday lunch with a surprisingly edible peach cobbler and what she called the ‘best idea ever’ for me to give Fox a lift into Whangarei the next day since I was already going. He wanted to check out some boats, but his car was still waiting on parts.
Fucking wonderful. Why he couldn’t wait for his own vehicle to be fixed wasn’t a question I was prepared to ask based on my mother’s I-dare-you look. I’d caved and agreed.
I could’ve killed her. And by the constipated look on Fox’s face at her suggestion, I was pretty sure he felt the same. It had been a long, long weekend and entirely my own damn fault. Other than forced interaction at work, rugby training, and Sunday lunch, I’d avoided Fox at all costs, and he’d been good enough to play along and pretend he hadn’t noticed, other than a notable drop in temperature whenever he looked my way. I could hardly blame him for that. If only he knew that my epic arseholery stemmed from lust and not disgust.
And the Academy Award for epically fucking yourself goes to . . . yeah. Enough said.
Note to self: don’t get tipsy around the guy. Without the benefit of way too many beers, we wouldn’t have talked and got all chummy on the deck, and I wouldn’t have realised that I maybe, actually liked the bastard, not just wanted to kiss him, or touch him, or have him touch me, or . . . goddammit, wait for the drum roll—fuck me.
I swallowed hard. Me fucking him would, of course, be marginally more acceptable to my brain, but who was I kidding? I’d spent the entire weekend thinking, fantasising, googling, watching, and yep, definitely him fucking me. Good God, the sooner he was out of my house the better. Still, it sounded like it wouldn’t take much to get him to shift back down south, so I could only hope.
“You okay, Leroy?”
My gaze jerked his way. “Fine. I’m absolutely fine,” I lied, because no, I didn’t want to go there, or talk about it, or think about it, or do anything other than bury it as unsuccessfully as I’d done for the last five days, make that a year—my, doesn’t time fly—because I’m chickenshit as all hell and my life is a fucking shitshow of irony.
Why now?
Why him?
Why . . . this?
Bisexual. I’d even practised saying it in front of the mirror, barely able to spit the word out as it sat huge and sour on my tongue. It wasn’t that I hated the man-on-man part, because I was clearly on board with that in so very many, many Fox-shaped, lickable ways. It was more that the admission held an extremely unflattering mirror up to the jerk hypocrite that I’d been, and very likely still was, my entire life.
Whoever said sexuality was a choice, I needed that fucker’s address and a suitably sized cactus to shove where the sun don’t shine.
My head had been buried so far in the sand for so long that I had grit coming out my arse, and that shit had to stop. After my appalling behaviour in the kitchen, I’d sulked and pondered long and hard over the weekend and gotten more than my money’s worth from my broadband provider. It all came with an uncomfortable realisation. The infatuation I had with Fox wasn’t going anywhere, and that meant either making myself and everyone around me miserable or pulling it into the light and stop running. How had I completely missed this rather critical aspect of my nature?
And then it occurred to me, maybe I hadn’t. I had the pieces, but nothing or no one had caused them to fall into place, until Fox. 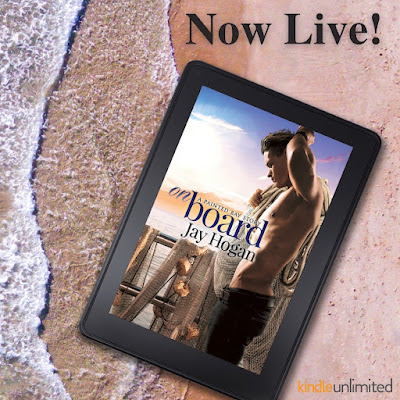 About Jay Hogan
Heart, humour and keeping it real.
Jay Hogan is a 2020 Lambda Literary Award Finalist in Gay Romance and her book Off Balance was the 2021 New Zealand Romance Book of the Year.
She is a New Zealand author writing mm romance and romantic suspense, primarily set in New Zealand. She writes character driven romances with lots of humour, a good dose of reality and a splash of angst. She's travelled extensively, lived in many countries, and in a past life she was a critical care nurse, nurse educator and counsellor. Jay is owned by a huge Maine Coon cat and a gorgeous Cocker Spaniel.
Connect with Jay
Website | Facebook | Facebook Group | Twitter | Instagram | Goodreads | BookBub | Amazon 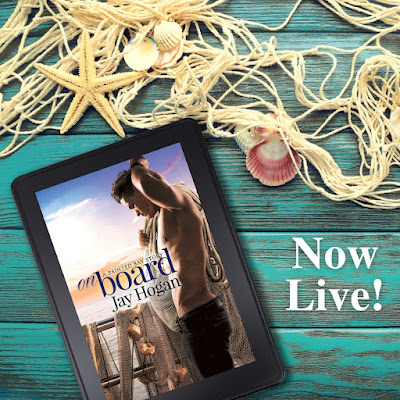