Release Blast: Make You Miss Me by B. Celeste 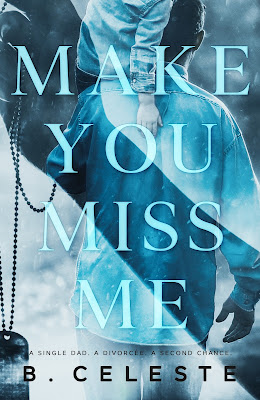 Make You Miss Me
by B. Celeste
Release Date: September 2, 2021
About Make You Miss Me
Stevie Foster thought her happy ever after would come easily after saying “I do” to her high school sweetheart at nineteen.
But twelve years later, she finds herself divorced, settling into a new home, in a new town, with a new job as an elementary teacher trying to pick up the pieces as she goes.
On top of struggling to cope with the future she always wanted versus the one she’s been dealt, she soon realizes that her new neighbor is a strict, stone-faced man she’s all too familiar with.
Lieutenant Colonel Fletcher Miller.
The man once in charge of her ex-husband’s unit.
And as if the reminder across the street of what she lost wasn’t painful enough, she also becomes his young son’s teacher.
A single dad. A divorcee. A second chance at love neither knew they’d get. 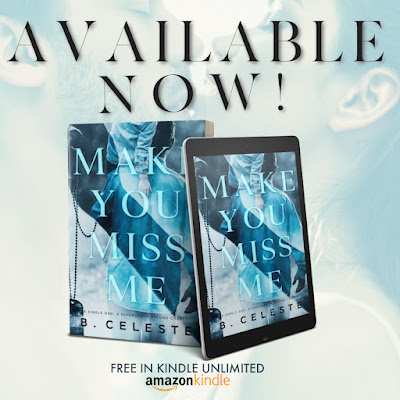 About B. Celeste
B. Celeste was born and raised in Upstate New York where she still resides with her four-legged feline sidekick Oliver “Ollie” Queen.
Her love for writing began with poetry, which she learned to write after watching her father write poetry for her mother, before she found interest in short stories, novellas, and novels.
After getting two degrees in English and Creative Writing, B has written over 12+ full length novels, been invited to many signings around the world, and hopes to begin traveling to see readers worldwide.
Connect with B. Celeste
Website | Facebook | Facebook Group | Instagram | Goodreads | BookBub | Amazon | Newsletter