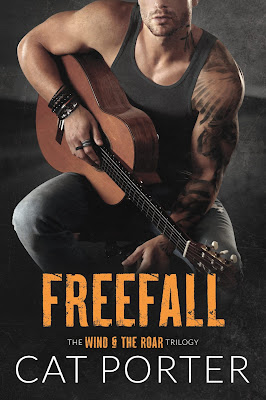 Freefall
(The Wind & the Roar #1)
by Cat Porter
Release Date: September 8, 2021
About Freefall
One life-changing conversation in the dark lit with high voltage attraction.
The unexpected hits me and Violet like a bolt of lightning right when we need each other the most.
I may be a rockstar on the rise, and Violet, a small town girl with big artistic dreams, but we share a roar of connection, a blaze of desire. Intense, thrilling, and I don’t want to let go.
But I have to. I’m in the middle of a tour, success is finally happening now for my band. And she’s making a change for the better.
Moments like this only happen once in a lifetime.
Or do they?
Freefall, a novella, is the first book of The Wind & the Roar Trilogy. Beck and Violet’s story continues in Whirlwind. 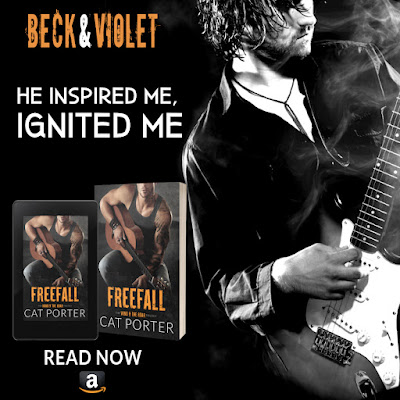 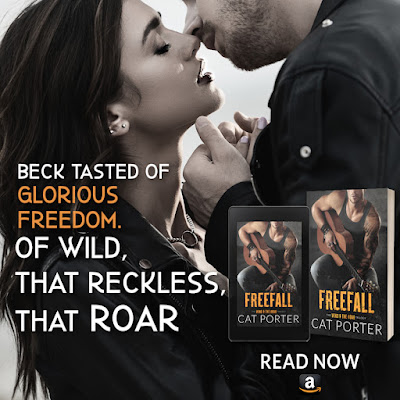 An Excerpt from Freefall
Beck had no airs of “I’m a star,” no egotistical pretensions. Would they set in soon as he and his band kept on getting bigger and bigger?
Probably. Inevitably.
I cleared my throat. “I can’t imagine the kind of pressure you’re under on tour.”
He slowly slid a hand down his middle. “It’s like a time warp in a vacuum, where every little thing is magnified, and every little thing revolves around us.”
“Not bad if you can get it.” I let out a soft laugh.
“It’s fun, but it’s a long haul. This tour is so unlike any tour we’ve ever done before. It’s a big, structured machine with lots of moving parts, lots of people who keep it functioning, and lots of people that depend on it. As the opening act, we have our role in the machine, and we need to deliver.”
“I’ve never thought of it that way, but it’s a business at the end of the day with super high stakes.”
“Then the other side of that is the way people react to you, talk to you. They don’t know you, but they think they do, and they want more of that person they think they know. They’re in your face, they want your attention, and then they do crazy shit. You do crazy shit.”
“I’ll bet.”
I could only imagine the “crazy shit” that went on. There had to be major groupie action on his ass show after show—for all the guys in Freefall. They were all hot boys. And The Heave had a party reputation like a good ol’ hard rock band from the eighties.
Beck caught my smirk and let out a throaty chuckle. Yep, real crazy, real dirty.
He dug his hands into his jeans, his wavy hair falling in his eyes. “When you step off of that nuclear powered express train that is a tour, like I did coming here, it’s a mind fuck. Part of me feels that real life is the alternate universe, not the tour.”
I giggled. “That is a mind fuck.”
He planted a boot against the wall behind him. “The hard nut to break is that real life has moved on without you, and suddenly you’re scrambling to catch up, and you have to because—”
“Because it’s real life.”
That muscle along his sculpted jaw flexed again. “I guess I’ll get used to all this one day—the train, the on and off the train.”
“Get used to it, Beck Lanier. This is just the beginning. I see loads of tours in your future.”
“I hope so.” The lines of his face relaxed as his voice gentled, and my skin heated at the sound. That sincerity that came through when he sang was in his speaking voice—it wasn’t some artificial frosting for his performance. I could listen to that voice speak and sing forever.
Here in this dark shadowy hallway, just the two of us.
Anywhere in the dark, just the two of us.
We stared at each other in the shadows, his eyes gleaming, my pulse beating harder, louder. 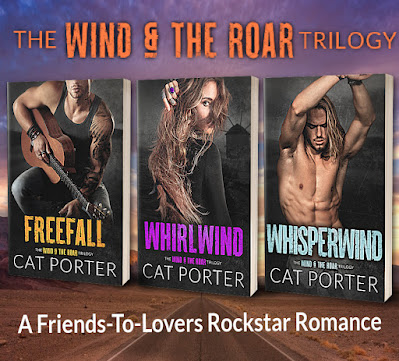