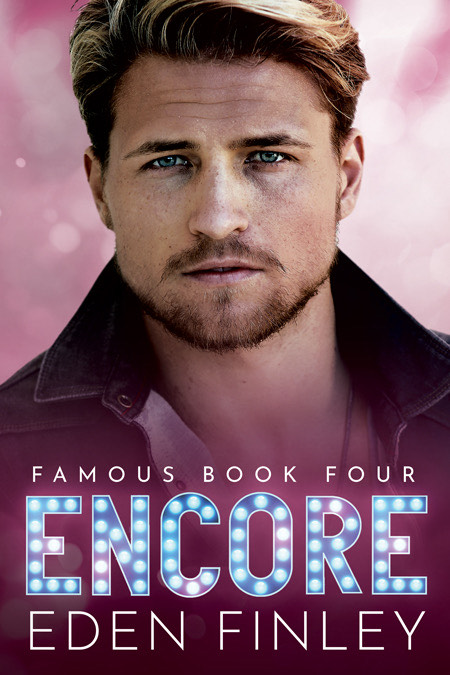 About Encore
Blake
Never make a bet with Jordan Brooks. That’s how I’ve ended up here, doing a movie that risks my entire acting career.

Taking on a gay role when I’m straight is problematic in its own right, but when production gets put on hold, and a fabricated story breaks out in the media, Jordan and I have to go into hiding.

Our livelihoods are put on the line all because of an ill-timed photo and Jordan’s bitter ex-boyfriend.

Jordan
Why am I always drawn to the straight ones? You’d think I’d learn my lesson, but when our movie is delayed, I repeat old patterns.

My plan to bury my hurt and anger toward my ex by “method acting” with Blake Monroe is foolish. But Blake is as irresistible as he is good-looking, and he settles into his role easier than I thought he would. In fact, he likes it a little too much. 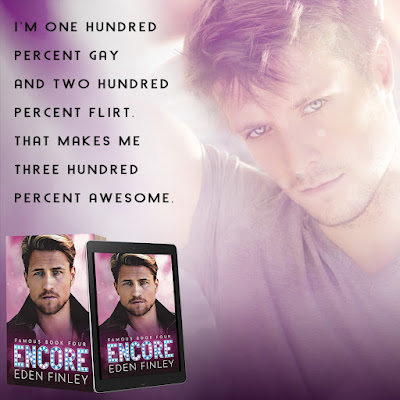 Read my five-plus-starred review of Encore. 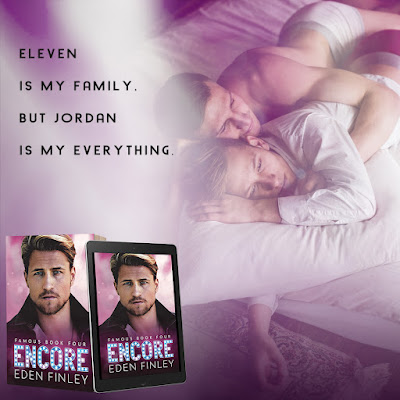 About Eden Finley
Eden Finley is an Amazon bestselling author who writes steamy contemporary romances that are full of snark and light-hearted fluff. 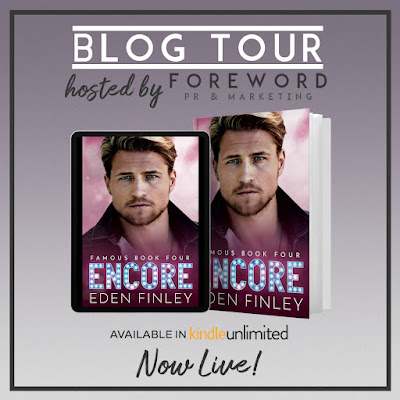