Book Spotlight: The Truth About Secrets by L.P. Dover 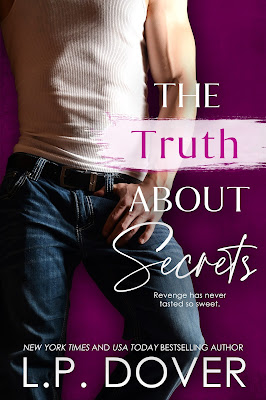 The Truth About Secrets
by L.P. Dover
Date Released: August 24, 2021
About The Truth About Secrets
Clara and Zac thought they were headed for their happily ever after, until a break-up slathered in betrayal left them both jaded and vindictive.
Twelve years have passed since they left Wyoming, and during that time Clara found her calling at a prestigious PR firm in California while Zac moved to New Orleans to join his Broussard cousins at River Enterprises. They thought they could forget each other and move on... until a local charity auction in their hometown of Snowy Creek sets Zac up for the ultimate revenge. If he wins, Clara will be at his mercy, forced to work for him for one full week. Tantalized by the sweet taste of revenge, he eagerly ups the ante to claim his prize.
But what starts out as a week of filthy manual labor and bitter rivalry leads to a shocking revelation. Someone has been plotting for over a decade to keep Clara and Zac apart. Can the pair band together to uncover who? Or will their rift from the past continue to ruin their chance at a blissful future? 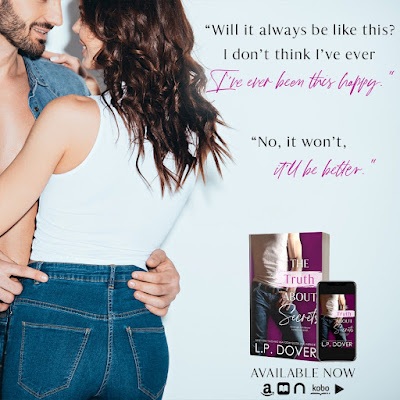 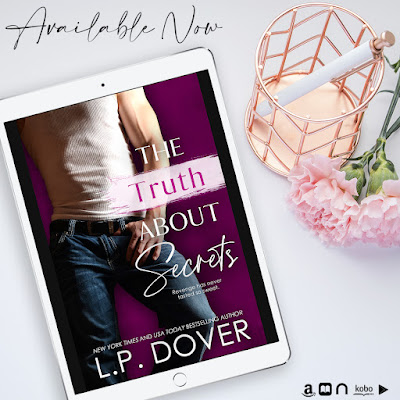 New York Times and USA Today bestselling author L.P. Dover is a southern belle living in North Carolina with her husband and two beautiful girls. Everything’s sweeter in the South has always been her mantra and she lives by it, whether it’s with her writing or in her everyday life. Maybe that’s why she’s seriously addicted to chocolate.
Dover has written countless novels in several different genres, including a children’s book with her daughter. Her favorite to write is romantic suspense, but she’s also found a passion in romantic comedy. She loves to make people laugh which is why you’ll never see her without a smile on her face.
Connect with L.P. Dover
Website | Facebook | Facebook Group | Twitter | Pinterest | Goodreads | BookBub | Newsletter | eMail