Review: We Are Us by Tara Leigh 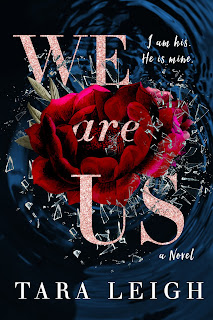 The warm embrace of sleep rolls over me and I surrender to dreams of a stolen past. A beautiful, broken boy. An enchanted forest. And a love that evaporated like mist in the morning sun.

Oh. Wow. Whatever I thought this book was going to be about was knocked to the wayside. Instead, Tara Leigh has gifted readers with one of the more original and intriguing romantic suspense stories to grace eBook readers in quite some time. We Are Us is the sort of story that demands your attention from the moment you start reading, and trust me, you're going to want to square away enough time dedicated to just this book because walking away from it for any period of time was a near impossibility. When I'd signed up to read and review this standalone, I read the blurb for it; however, by the time I sat down to actually read the story, I'd forgotten anything mentioned in the blurb, basically leading me to go into this book blind, and I think it was the best thing that could've happened.

We Are Us is the story of Poppy Whitman and Gavin Cross, who meet when she is just thirteen and he a year older. In the small town of Sackett, Connecticut, it is within the confines of a forest that these two find solace in each other's company. They become the best of friends and organically went on to fall in love. Promises were made...promises which were ultimately broken alongside both their hearts. Years would pass and each would move on, but Poppy's life has shifted in ways that have kept her trapped in a gilded cage. When she awakens after a life-changing incident, how will she make it through her new nightmare and will Gavin be there to support her?

Okay, I'm going to try my best to not say anything past this point that will turn out to be spoiler-like because seriously, people, you NEED to experience this story first-hand. Poppy and Gavin's story is told in three parts, and gah, but how each part stirred a different set of emotions within me. My heart cheered these two on, and then it squeezed in empathy for both of them. Later, my heart felt like it was palpitating with revelation after revelation, and goodness but there was one point where I seriously wanted to hurt a number of people for what they put Gavin and Poppy through. I was so invested in this book that I had no idea how much time had passed by the time I was done. Yup, I read this gem of a book in one sitting! I hesitate to call We Are Us Tara Leigh's best simply because every single time I've thought so with each new release, she blows me away with her next one. Still, five-plus stars. ♥

Purchase We Are Us on Amazon.