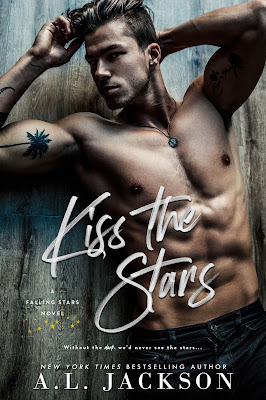 A single mother.
An up-and-coming drummer with a sordid past.

Their paths never should have crossed.
But when a senseless crime rocks Mia West’s entire world, she agrees to spend the summer hiding out at her rock-star brother’s mansion in Savannah until the storm blows over.
What she never expected was the gorgeous, brooding drummer living in the guest house.
His darkness a lure.
His gaze a trap.
She knows better than to go after what will hurt her most.

Leif Godwin has two focuses in his life: his band, Carolina George, and seeking retribution for what was stolen from him.
Mia was never supposed to be a part of the equation.
Her eyes an appeal.
Her body a temptation.
Touching her is nothing but a sin.
But will loving her destroy them all . . . 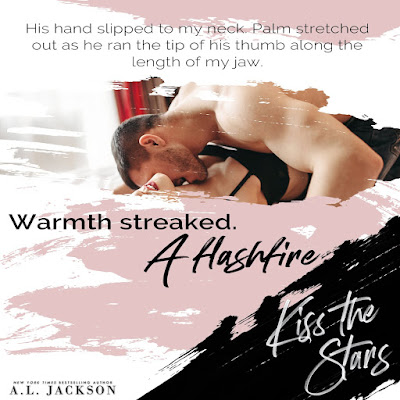 Read my five-plus-starred review of Kiss the Stars.

Add Kiss the Stars on Goodreads. 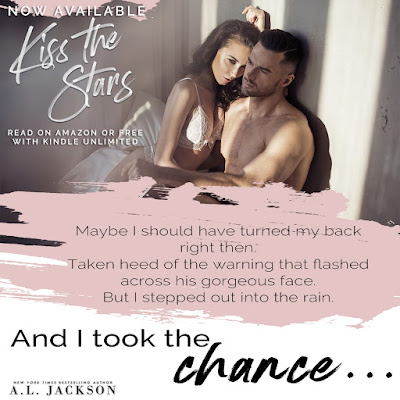 Her bestselling series include the Regret series, Closer to You, Bleeding Stars, Fight for Me, and Confessions of the Heart novels. Watch out for her upcoming standalone, Kiss the Stars, releasing March 5th.

Be sure not to miss new releases and sales from A.L. Jackson—Sign up to receive her newsletter or text “aljackson” to 24587 to receive short but sweet updates on all the important news. 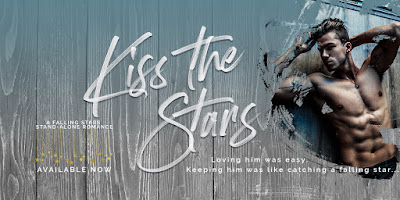