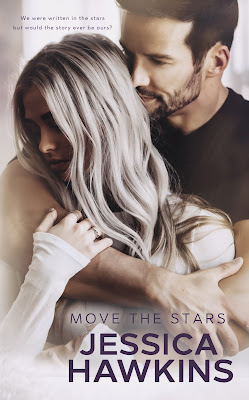 Move the Stars
(Something in the Way #3)
by Jessica Hawkins
Release Date: October 23, 2017

About Move the Stars
Lake
It was a hot summer day when I met him on the construction site next to my parents' house. If I’d known then what I do now, would I have kept on walking? Manning was older, darker, experienced—and I’d trusted him when he said the story would only ever be about us. I’d held those words close and challenged fate, but I had lost.

A part of me is still that sixteen-year-old girl squinting up at Manning, but no matter how far I fall or high I soar, I’ll always be a bird without her bear and nothing without him.

Manning
When I close my eyes, I can no longer see her. The decisions I made were to push Lake in the right direction—away from me. But now that she’s gone, would I have made those same choices?

I’d walked away like I was supposed to. I’d kept my distance. I’d bent over backward to keep Lake pure, but she’s no longer that girl, and I don’t know if I can stay away anymore. I only know I don’t want to. She’s still everything I want and nothing I should ever have, but if anyone can move the stars, it’s her great bear in the sky. 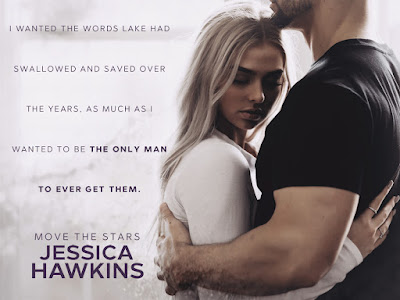 Read my five-plus-starred review of Move the Stars.

Add Move the Stars on Goodreads.

Find the Something in the Way series on Goodreads. 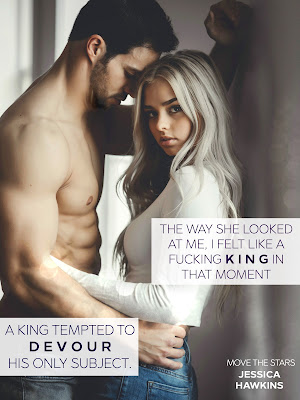 About Jessica Hawkins
Jessica Hawkins grew up between the purple mountains and under the endless sun of Palm Springs, California. She studied international business at Arizona State University and has also lived in Costa Rica and New York City. To her, the most intriguing fiction is forbidden, and that's what you'll find in her stories. Currently, she resides wherever her head lands, which is often the unexpected (but warm) keyboard of her trusty MacBook.