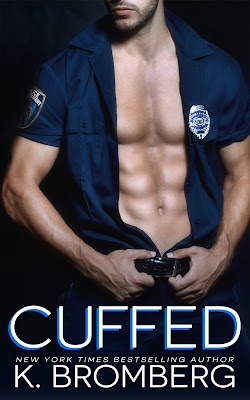 About Cuffed
From New York Times bestselling author K. Bromberg comes a new series about three brothers, the job that calls them, and the women who challenge them.

“I hate you. I never want to see you again.”

Grant Malone is not the reason I moved back to Sunnyville—at least that’s what I tell myself. Yet, those parting words I said to him back in third grade, ring in my ears every time a townsperson brings up one of the Malone boys. I thought time had healed my wounds. I was wrong. Nothing could have prepared me for how I felt when I finally saw him again.

Twenty years does a lot to turn a boy into a man. One who hits all my buttons—sexy, funny, attractive, and a police officer. But Grant is off-limits because he knows too much about my past.

But I’m drawn to him. That damn uniform of his doesn’t hurt either. It’ll be my downfall. I know it.

That’s why I’m shocked to see her all these years later. The shy girl I once knew is all grown up.

Adventurous and full of life, she owns my heart now, just as much as she did back then. Convincing her of that is a whole different story.

I’ll give her the one night she asks for—like that’s a hardship—but when it comes to letting her walk away after, she has another thing coming. There’s no way in hell I’m letting her go this time without a fight. 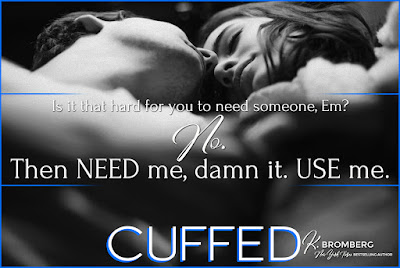 Read my five-plus-starred review of Cuffed. 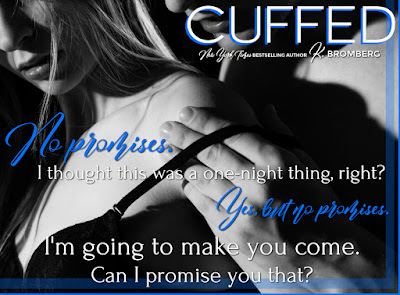 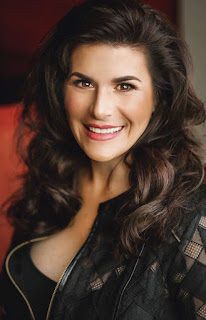 New York Times bestselling author K. Bromberg writes contemporary novels that contain a mixture of sweet, emotional, a whole lot of sexy, and a little bit of real. She likes to write strong heroines, and damaged heroes who we love to hate and hate to love.

A mom of three, she plots her novels in between school runs and soccer practices, more often than not with her laptop in tow.

Since publishing her first book in 2013, Kristy has sold over one million copies of her books across sixteen different countries and has landed on the New York Times, USA Today, and Wall Street Journal bestsellers lists over twenty-five times. Her Driven trilogy (Driven, Fueled, and Crashed) is currently being adapted for film by Passionflix, with the first movie slated to release in the summer of 2018.

She recently released a two-book sports romance series, The Player. Cuffed is the first book in her new Everyday Heroes trilogy. This three-book series is about three brothers who are emergency responders, the jobs that call to them, and the women who challenge them. The remaining standalones in the series are Combust (January 29th) and Cockpit (Spring 2018).

She loves to hear from her readers so make sure you check her out on social media or sign up for her newsletter to stay up to date on all her latest releases and sales. 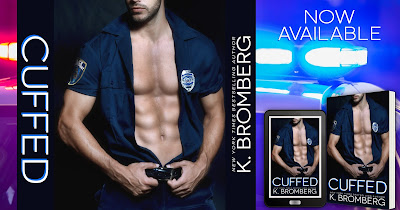