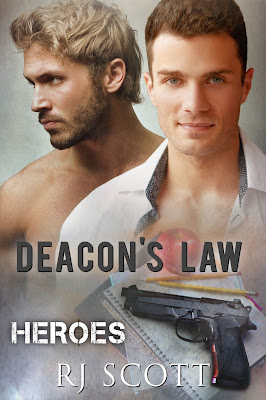 About Deacon's Law
How can you trust the man who tried to kill you?

Undercover cop Deacon Shepherd lost everything trying to maintain his cover - the man he loved and the future he craved. He walked away and never looked back because it was the only way to keep Rafael alive.

The last thing he needs is to be dragged back in that world, but an attempt on Rafael's life is enough to make him risk his heart again.

Rafael 'Rafe' Ramirez wakes up in the hospital, the victim of a hit and run. He’s horrified when the first face he sees is that of the man who betrayed him and left him for dead three years before. Witness protection had stripped Rafe of his family and friends, and now it seems his sacrifice to bring his Uncle to justice was for nothing.

Someone wants Rafe dead, and the only way he can stay alive is to go with the murdering drug dealer who broke his heart. But how can he ever trust Deacon, and how can Deacon protect Rafe without falling in love all over again?

An Excerpt from Deacon's Law
Rafe opened his eyes, attempting to focus on the ceiling above him. He tried to lift his hand, but it felt as if there was lead in his veins, everything heavy and he couldn’t move. They’d told him he was getting better, so what the hell had happened? Had he relapsed? Why was he convinced that they’d taken him somewhere in an ambulance? That he’d leaned against a leather jacket that smelled of sunshine and soap? He blinked until the ceiling finally coalesced into the tiles he was familiar with.

Only there were no tiles.

Instead, the ceiling was a smooth white, and there were no strip lights, just a lampshade in a curious shade of blue. He blinked again. This didn’t make sense.

But when he opened his eyes, nothing had changed. The ceiling was still white, the lampshade blue, and the drapes at the window matched the shade. The drapes. There were drapes at the window. Confusion morphed into panic and he turned his head to the right to get a better feel for where he was and he saw…him.

Sprawled awkwardly in the chair, his head back, long limbs this way and that, clearly too big for the chair, was a specter from a past that wouldn’t leave him alone.

They’d found him, had him strapped to a bed…was it Deacon who’d tracked him down and driven a car at him? He was paralyzed with a fear that made it hard to breathe, and he yanked at his hand, hoping to escape his restraints, only he wasn’t tied down, there was no rope. Instead his hand came up fast and he rolled sideways. Catching himself and coming off the bed, forgetting the fact that his leg was in a cast and toppling sideways, falling with a crash into a cabinet. He flailed but couldn’t stop himself falling, and he knew this was it – this time he was really going to die.

Deacon was up and at his side in an instant, and Rafe wanted to shut his eyes, wanted to block out seeing Deacon’s face again as he died, but he had to watch. He wanted Deacon to see his fear, and maybe that would stop him; maybe he could make Deacon stop and think.

“Shit, Rafe— Craig,” Deacon said, and reached for him, grasping his arms.

Terror became ice inside him, and Rafe stopped fighting; like a deer caught in headlights, he froze.

“What happened?” A second man stood in the doorway, someone Rafe didn’t know – tall, dark and dangerous-looking. Maybe this new arrival could stop Deacon?

“Help me,” Rafe forced out, looking past Deacon, scrambling to stand as the ice melted and he pushed himself to move.

“He woke up, saw me, and fell out of bed,” Deacon said, and the other man came right in. There were two of them, and there was little Rafe could do to get away. There and then, he screwed his eyes shut; nothing was going to save him now.

But there was no pain, no bullet. Instead, the two men helped him to stand, and then he felt the bed at the back of his thighs and they sat him down.

“Are you okay?” Deacon asked. Even with his eyes shut, Rafe recognized his voice. He would never forget the tone of it, or the coldness of the man who’d tried to kill him. He said nothing.

“Open your eyes,” the other man asked.

But fear was choking him and he couldn’t breathe. “No,” he managed between attempts to inhale enough oxygen not to pass out.

“Tried to fucking kill him three years ago, remember?” 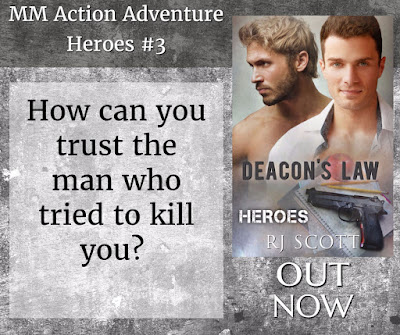 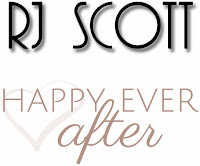