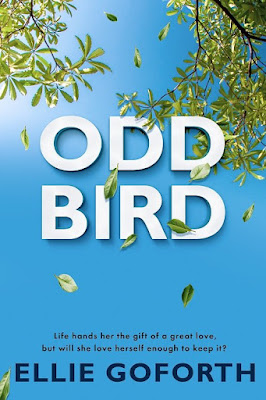 Oddbird
by Ellie Goforth
Date Released: April 12, 2022
NineStar Press
About Oddbird
Katerina’s small, safe life in London is upended on Christmas Eve when her beloved mum passes away. Two days later, she sees her boyfriend of five years kissing the local librarian. Kat goes to bed and pulls the covers over her head, convinced she will never recover from these losses.
To Kat’s great surprise, her mum has left her four letters to guide her through her grief and an air ticket to Swedish Lapland for a wild adventure. Before Kat knows it, she’s at the top of the world with a backpack and her headstrong French bulldog, Olive.
On the challenging, exhilarating eight-day trek, Kat learns she can come to terms with her mum’s death. She also encounters Anna, lanky and gorgeous, who invites her to Stockholm for a weekend of passion.
The three days they share awakens Kat to her truth. It leads the way to her desires, including a long ambition to open a small bookshop in her London neighborhood. But how can she do that and follow her heart with her new love? Will the dangers and complications that face both her and Anna force her hand? 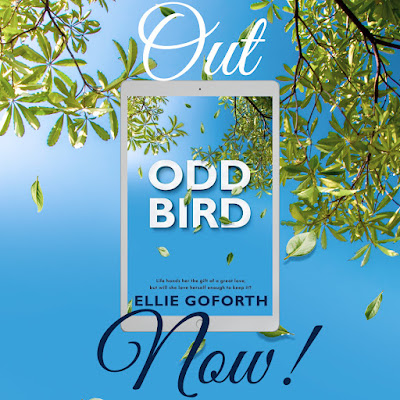 An Excerpt from Oddbird
Chapter One
It rains all night in a steady drizzle, so by morning, the potholes on the high street are full to overflowing.
Kat pulls the hood of her raincoat over her head and hurries past the bus stop and the newsagent. In her mind, she runs through the list of instructions she left on the kitchen table for Kisi.
– She can’t handle anything but soggy Weetabix for breakfast.
– Give her a double laxative (on the counter near the toaster).
– Make her drink half a litre of water.
– Bring the anti-bac lotion with you and some Carr’s crackers.
– Also, her soft grey jersey.
Thanks, Kisi. You are the best friend ever.
Kat loves London in the rain, especially in autumn and especially in this exact spot—the postage-stamp park wedged between the greengrocer and chemist.
She and Ryan meet here for a quick coffee most mornings before he catches the bus to work.
This morning, she orders herself a double-shot latte from the café and one with extra foam for Ryan, just as he likes it. She waits on the bench.
The rain has brought the leaves of the chestnut tree down with it. They’ll be mush by mid-morning, but now the paving under the tree is a carpet of gold.
A leaf floats down and lands on the sleeve of her coat; it feels like a good omen.
“Morning there, Kat,” calls a voice from over the road. She turns.
Martin-the-butcher stands in the doorway of his shop. “Did you hear that Fiona’s giving up her lease on number twenty-seven?” he says.
“Why’s that?”
“Not a clue…but it might be a good spot for that bookshop of yours.”
She smiles. You’d expect blue eyes with skin as pale as Kat’s, but hers are light brown, like amber. Her hair, too, glows a warm honey-brown. It’s caught up today by a hair slide in the shape of a pink flamingo.
“Yeah, thanks. I might take a look.”
Kat has long dreamt of opening a small bookshop on the high street with its steady stream of passers-by. She pauses as she reaches number twenty-seven.
The striking shopfront with its enormous glass wall floods the inside with light. Kat imagines a cluster of reading chairs right by the window and maybe a small coffee counter amongst the shelves. It makes her heart beat a little faster.
But other things sound more loudly this morning—like where on earth is Ryan? She looks at her phone. No texts, no missed calls. She walks over the road to Martin.
“Can I leave this coffee for Ryan? I’ve got to get going, or I’ll be late for work.”
“Time for the bugger to get a new alarm clock, I reckon.”
“Maybe.”
“Second time this week he’s been a no-show.”
“Yeah.”
“Doesn’t deserve you.”
Kat smiles. Even half-hidden by her raincoat, Kat is sort of luminous, as if she has a light on inside, shining out. It’s always been that way though she is oblivious of her charms.
She waves at Martin and turns to go.
“Don’t dilly-dally, or someone will snap it up,” he calls after her.
“What’s that?”
“Number twenty-seven.”
“Oh, yeah, course.”
Kat walks away through the drizzle.
Oddbird
Ellie Goforth © 2022
All Rights Reserved 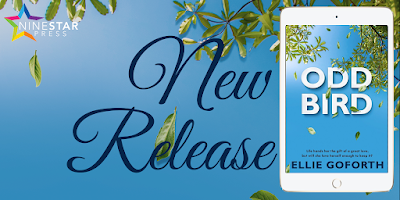 About Ellie Goforth
Ellie Goforth loves the natural world, and that’s why her books often include travel to wild places. She also loves her cocker spaniel, Emily.
Ellie lives in London. She reads all the time and loves to go to her cabin in the mountains in Scotland as often as she can. Ellie cooks, with gusto, wherever she is.
Rafflecopter Giveaway
a Rafflecopter giveaway