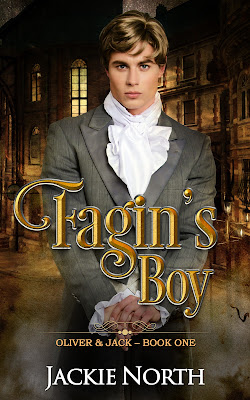 Fagin's Boy
(Oliver & Jack #1)
by Jackie North
Date Re-Released: April 19, 2022
About Fagin's Boy
In 1846 London, respectable young men do not fall for street thieves. This is the love story of Oliver Twist and the Artful Dodger.
Oliver Twist has one desire: to own a bookshop and live a simple, middle-class life, far away from his workhouse-shadowed past. One thing stands in his way: Jack Dawkins—The Artful Dodger—who's just returned to London and is looking for Fagin’s old gang.
Jack's visits cause Oliver nothing but trouble, but he finds himself drawn, time and again, to their shared past, Jack's unguarded honesty, and those bright, green eyes.
Oliver craves respectability, which he won’t find with a forbidden love. Can Jack convince Oliver that having one doesn't mean losing the other?
A gay, m/m Victorian-era romance with grumpy/sunshine, hurt/comfort, opposites attract, emotional scars, and pure, sweet love. A little sweet, a little steamy, with a guaranteed HEA. 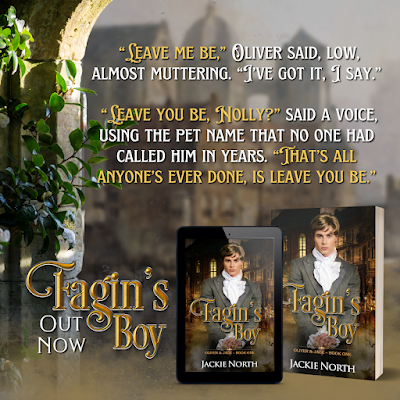 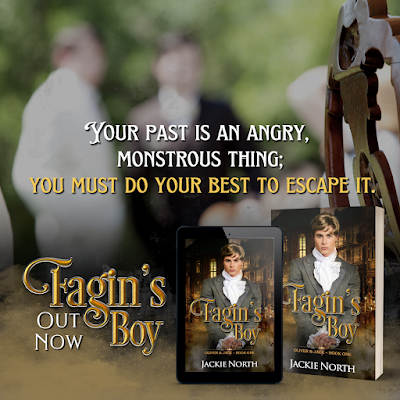 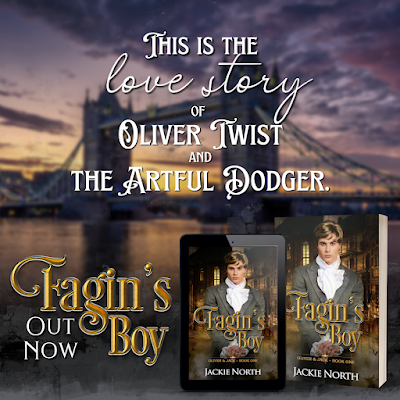 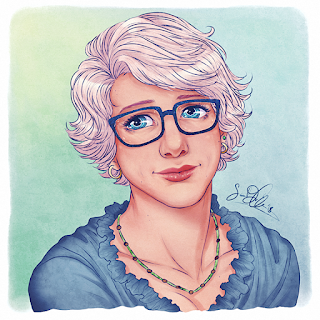 Jackie North has been writing stories since grade school and spent years absorbing the mainstream romances that she found at her local grocery store. Her dream was to someday leave her corporate day job behind and put her English degree to good use and write romance novels, because for years she’s had a never-ending movie of made-up love stories in her head that simply wouldn’t leave her alone.
As fate would have it, she discovered m/m romance and decided that men falling in love with other men was exactly what she wanted to write books about. In this dazzling new world, she is now putting stories to paper as fast as her fingers can type. She creates characters who are a bit flawed and broken, who find themselves on the edge of society, and maybe a few who are a little bit lost, but who all deserve a happily ever after. (And she makes sure they get it!)
She likes long walks on the beach, the smell of lavender and rainstorms, and enjoys sleeping in on snowy mornings. She is especially fond of pizza and beer and, when time allows, long road trips with soda fountain drinks and rock and roll music. In her heart, there is peace to be found everywhere, but since in the real world this isn’t always true, Jackie writes for love.
Connect with Jackie
Website | Facebook | Pinterest | Goodreads | Amazon | Newsletter 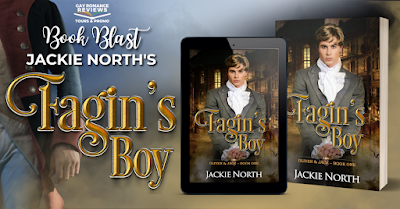