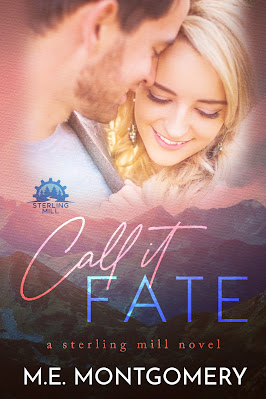 Call It Fate
(Sterling Mill #1)
by M.E. Montgomery
Release Date: April 19, 2022
Lady Boss Press
About Call It Fate
Call it Fate is a small town, second chance romance novel set in author M.E. Montgomery's all new Sterling Mill series!
Living her life by color-coded lists has gotten Emalee through the past six years. With the support of her small family, she's raised her young son while bringing her ancestral bed-and-breakfast back to its original beauty and into modern times. She's comfortable with her role until an unexpected—but familiar—grumpy, green-eyed guest walks into her inn during a late snowstorm. But the weather outside isn't the storm she needs to be worried about; it's confessing the secret she's been keeping for six years.
Temporarily working in a small town nestled in the Appalachian Mountains was hardly how Zach intended to demonstrate he was the best applicant for a coveted internship. But if it proved his loyalty to his boss, he would do it better than anyone, then hurry back home for bigger and better things. He could have never imagined what was waiting for him in Sterling Mill, Tennessee: a parrot for a mayor? Thieving raccoons? Ridiculous, sure, but none of those compared to finding his old girlfriend and the green-eyed secret she'd kept from him.
Painful revelations. Renewed passion. If only there weren't new circumstances destined to separate them again, they might Call It Fate. 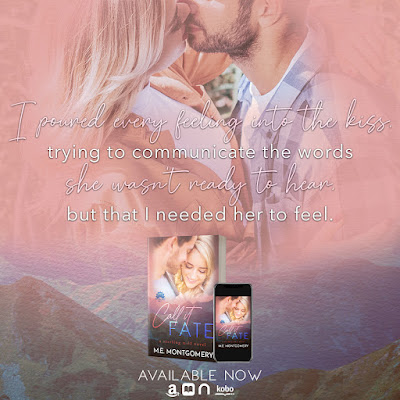 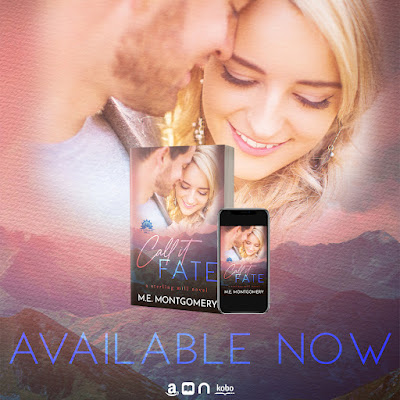 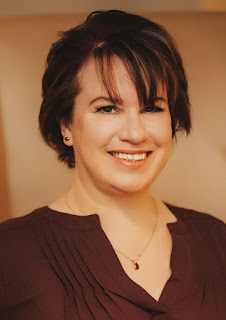 M.E. Montgomery can't remember a time she hasn't had at least one book on the go to read. After years of falling headfirst into the lives and loves of other author's characters, M.E. decided to write her own. She enjoys creating the kind of realistic storybook friends you wish you could actually meet, and sometimes she finds herself wondering what those characters are up to once she's delivered their happily ever after.
She's married to her best friend and has four children and two Boxer dogs. They live wherever the Navy sends her husband, usually the East coast of the U.S., but also once in Japan.
Whenever she's not writing or substitute teaching, she often ponders the riddle of how the kitchen sink appears to automatically refill with dirty dishes as soon as her back is turned. On the occasions it stays empty, you can find her with a glass of wine or Scotch outside at their fireplace or curled up inside with a book, binge watching TV, or chatting with readers.
Connect with M.E. Montgomery
Website | Facebook | Instagram | Goodreads | BookBub