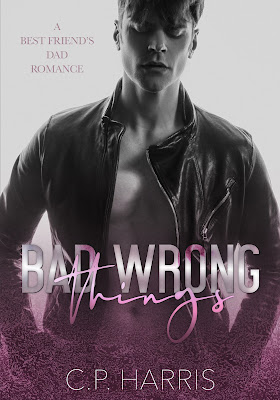 Bad Wrong Things
by C.P. Harris
Date Released: April 14, 2022
About Bad Wrong Things
One promise.
One summer to see it through.
One explosive love fueled by mutual obsession.
The day Clint sees his son, Joey, off to basic training, the young man he’s devoted his life to extracts one promise from him: spend the summer doing something selfish for a change. The request seems harmless enough until Joey puts his best friend, Raven, in charge of seeing it through.
Raven would do anything for the people who took him in as a teen, and, when it comes to Clint, anything comes without limits. When encouraging Clint to explore his selfish side reveals Raven’s love for the older man, Raven is shocked to discover his feelings may not be unrequited. Not only are they returned, but all his darkest, most hidden desires have finally found their match.
Clint’s possession feeds every craving Raven’s ever known. Raven’s openness provides Clint the freedom he’s longed for to take whatever he wants, and soon boundaries are abandoned at the bedroom door. As summer’s promise bleeds into winter, and the threat of Joey’s impending return looms over their heads, Clint and Raven love faster and harder.
When Joey’s disapproval ends up being the least of their concerns, Raven and Clint go to desperate extremes to stay close because something is better than nothing. Facing an uncertain future, both men are left wondering if you can ever go too far or risk too much and still come out on the other side whole.
Bad Wrong Things is an age-gap, best friend’s dad romance with two possessive MCs and themes of hurt/comfort and second chances. Both MCs are consenting adults and eventually get their hard-earned HEA. Use the look inside feature for trigger warnings. 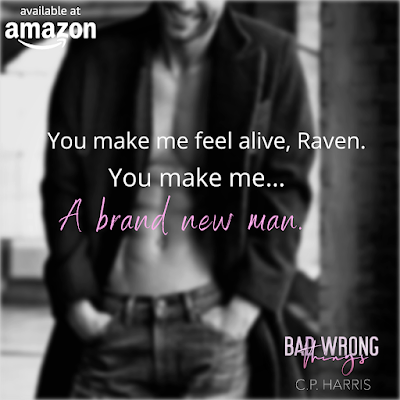 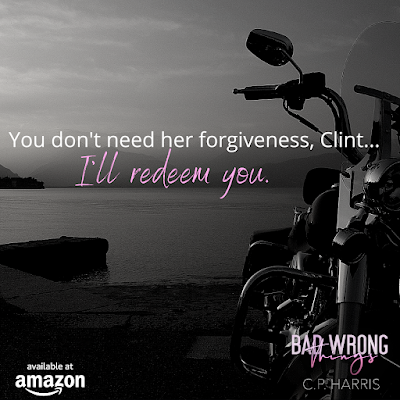 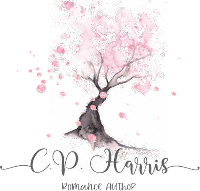 "Possessive, steamy, messy love." Be prepared for all three when embarking on a journey alongside C.P. Harris's flawed but real characters. So real you'll see your reflection on the pages. C.P. is devoted, through her work, to portraying the sides of human nature that tether us all. The parts of ourselves often abandoned to the dark. The gray areas. She does this all while wrangling two demon cats and teenage twins. Send cake.
Connect with C.P. Harris
Website | Facebook | Facebook Group | Twitter | Instagram | Goodreads | BookBub | Amazon 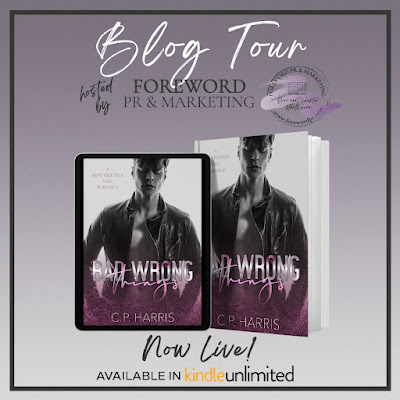