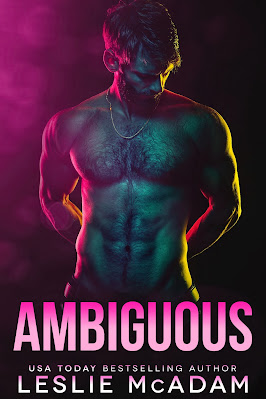 Ambiguous
(IOU #1)
by Leslie McAdam
Release Date: April 13, 2022
About Ambiguous
Love is for other people, not for me.
At least that’s what I believed, until I met him. Julian Hill. The most famous rock star on the planet. A music god with untidy hair and the voice of an angel.
I’ll never be anything but out, and he has very good reasons to stay in the closet. After all, every move he makes is dissected, critiqued, and posted on social media, so he just wants a little privacy. I understand that. Truly.
But no one makes me feel the way he does, and I’m pretty sure he has feelings for me as well. Which is inconvenient since his record label hired me to sue him. I should’ve sorted things out before I kissed him... Oops.
Ambiguous is a forbidden mm rock star romance about a fashion-forward singer who hates labels of all kinds (except for clothing), a dapper attorney who already has a (fake) boyfriend for a very good reason, and the possibility of love saving the day. 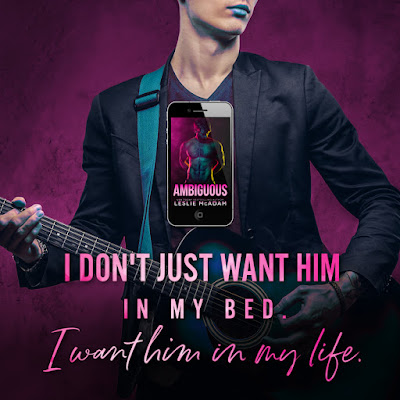 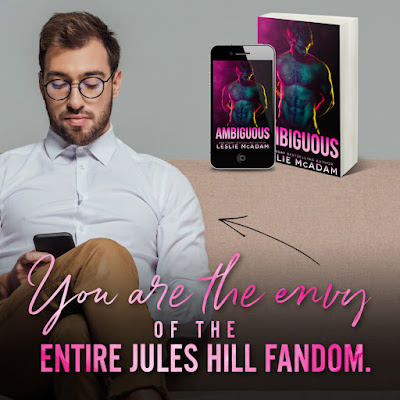 About Leslie McAdam
Leslie McAdam is a California girl who loves romance and well-defined abs. She lives in a drafty old farmhouse on a small orange tree farm in Southern California with her husband and two small children.
Leslie's first published book, The Sun and the Moon, won a 2015 Watty, which is the world's largest online writing competition. She's gone on to receive additional literary awards and has been featured in multiple publications, including Cosmopolitan.com. Her books have been Top 100 Bestsellers on both Amazon and Apple Books.
Leslie is employed by day but spends her nights writing about the men of your fantasies.
Connect with Leslie
Website | Facebook | Facebook Group | Twitter | Instagram | Goodreads | BookBub | Amazon