Release Blitz: Meant to Be by Jennifer Probst 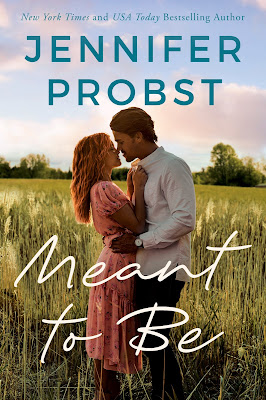 Meant to Be
(Twist of Fate #1)
by Jennifer Probst
Release Date: April 19, 2022
Montlake
About Meant to Be
Two broken hearts discover an unpredictable path to healing in an emotional romance about fate and second chances by New York Times bestselling author Jennifer Probst.
It's been two years since Chiara Kennedy lost her dearest friend, Rory. Chiara misses everything about her. Rory's widowed husband is another story. Sebastian Ryder is a man Chiara had secretly wanted, let slip away, and hoped to never see again. Then fate throws them together for an unexpected one-night stand and a morning after of new challenges.
Sebastian had a soulmate in Rory. Shut down after his tragic loss he kept a cool distance from everyone, including Chiara with whom he once shared a deep if fleeting affection. That was over and done with a long time ago.  But when they meet again, old emotions resurface along with a heart-wounding past that haunts them both.
As Chiara and Sebastian grow closer, finally getting to know each other, Chiara struggles between feelings of guilt and those of a cherished second chance with Sebastian. Will Fate allow them to overcome the past, or are they destined to always wonder if they are truly meant to be? 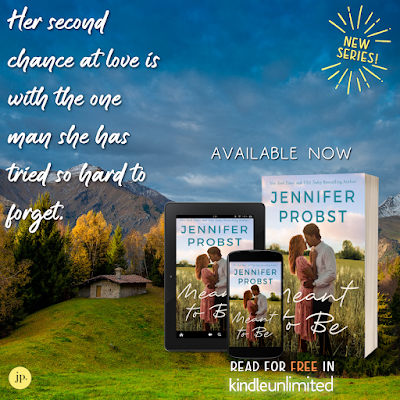 Read my four-starred review of Meant to Be.
Add Meant to Be on Goodreads.
Purchase Links
Amazon US | Amazon UK | Amazon CA | Amazon AU
(Free on Kindle Unlimited!) 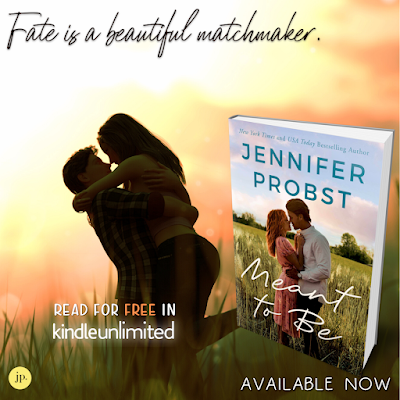 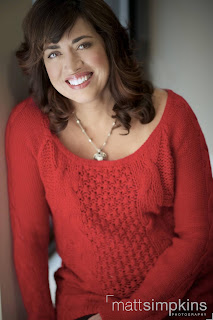 Jennifer Probst wrote her first book at twelve years old. She bound it in a folder, read it to her classmates, and hasn’t stopped writing since. She holds a masters in English Literature and lives in the beautiful Hudson Valley in upstate New York. Her family keeps her active, stressed, joyous, and sad her house will never be truly clean. Her passions include horse racing, Scrabble, rescue dogs, Italian food, and wine—not necessarily in that order.
She is the New York Times, USA Today, and Wall Street Journal bestselling author of sexy and erotic contemporary romance. She was thrilled her book, The Marriage Bargain, spent 26 weeks on the New York Times. Her work has been translated in over a dozen countries, sold over a million copies, and was dubbed a “romance phenom” by Kirkus Reviews. She is also a proud three-time RITA finalist.
Connect with Jennifer
Website | Facebook | Twitter | Instagram | Pinterest | YouTube | Goodreads | BookBub | Amazon | Newsletter