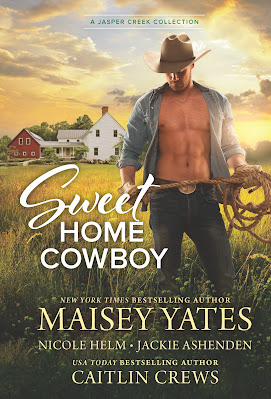 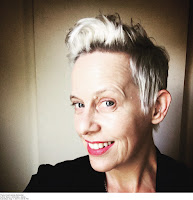 Maisey Yates is a New York Times bestselling author of over one hundred romance novels. Whether she's writing strong, hard working cowboys, dissolute princes or multigenerational family stories, she loves getting lost in fictional worlds.
An avid knitter with a dangerous yarn addiction and an aversion to housework, Maisey lives with her husband and three kids in rural Oregon.
*  *  *
Nicole Helm writes down-to-earth contemporary romance and fast-paced romantic suspense. She lives with her husband and two sons in Missouri.
*  *  *
Jackie Ashenden writes dark, emotional stories with alpha heroes who've just got the world to their liking only to have it blown wide apart by their kick-ass heroines.
She lives in Auckland, New Zealand, with her husband, the inimitable Dr. Jax, and two kids. When she's not torturing alpha males, she can be found drinking chocolate martinis, reading anything she can lay her hands on, wasting time on social media, or forced to mountain biking with her husband.
*  *  *
Caitlin Crews is a USA Today bestselling, RITA-nominated, and critically-acclaimed author who has written more than 100 books and counting. She has a Master's and Ph.D. in English Literature, thinks everyone should read more category romance, and is always available to discuss her beloved alpha heroes. Just ask.
She lives in the Pacific Northwest with her comic book artist husband, is always planning her next trip, and will never, ever, read all the books in her to-be-read pile. Thank goodness.
Connect with Maisey
Website | Facebook | Twitter | Instagram | Goodreads
Connect with Nicole
Website | Facebook | Twitter | Instagram | Goodreads
Connect with Jackie
Website | Facebook | Twitter | Instagram | Goodreads
Connect with Caitlin
Website | Facebook | Twitter | Instagram | Goodreads