Release Blitz: Famous in a Small Town by Kylie Scott 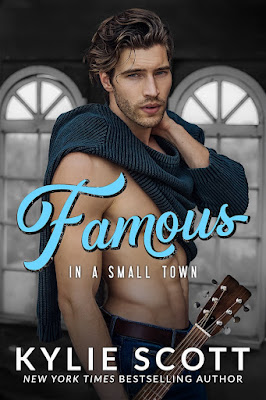 Famous in a Small Town
by Kylie Scott
Release Date: April 7, 2022
About Famous in a Small Town
What chance does a small-town girl have with a world-famous rock star?
Two years after his wife’s death, rock star Garrett Hayes hasn’t moved on. But he has moved out of L.A. Where better to escape his past than a small town in the Northern California mountains? If only he could get the townsfolk of Wildwood to leave him the hell alone.
Ani Bennet returned to her hometown for some much-needed serenity. The last thing she needs is a grumpy, too hot for his own good, rich and famous rock star living next door—and rent-free in her brain.
She set her fangirl tendencies aside and deleted his photo off her cell when they became neighbors. But when Garrett asks for help, she can’t say no. The problem is, spending time together is making those fangirl feelings resurface—and bringing them to a whole new level.
What chance does a small-town girl have with world-famous rock star? It’s time for Ani to set her fears aside and find out. 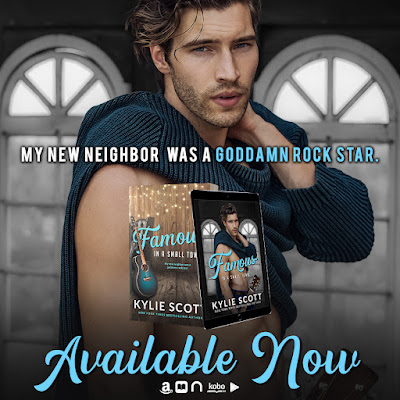 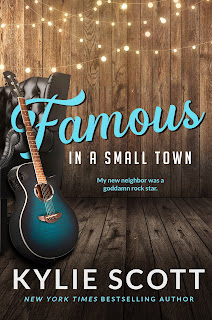 Prefer to be more discreet as you fall in love with Famous in a Small Town?
Get the paperback with the alternative cover on Amazon! 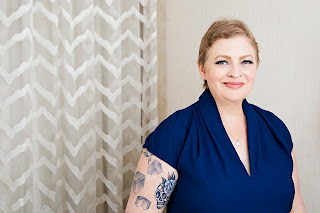 Kylie Scott is a New York Times, Wall Street Journal, and USA Today best-selling, Audie Award-winning author. She has sold over 2,000,000 books and was voted Australian Romance Writer of the year, 2013, 2014, 2018, & 2019, by the Australian Romance Readers Association. Her books have been translated into fourteen different languages. She is based in Queensland, Australia.
Connect with Kylie
Website | Facebook | Twitter | Instagram | Goodreads | BookBub