Book Spotlight: Summer at the Cape by RaeAnne Thayne 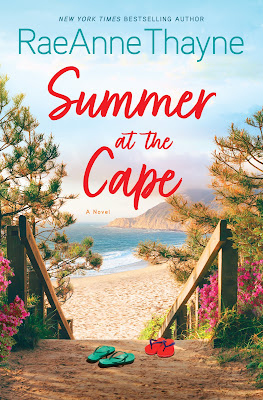 Summer at the Cape
by RaeAnn Thayne
Release Date: April 12, 2022
HQN Books
About Summer at the Cape
From the beloved bestselling author of Season of Wonder and The Cliff House comes a poignant and uplifting novel about forgiveness, family and all the complications—and joy—that come with it
As the older sibling to identical twins Violet and Lily, Cami Porter was always the odd sister out. The divide grew even wider when their parents split up—while the twins stayed in Cape Sanctuary with their free-spirited mother, Rosemary, fourteen-year-old Cami moved to LA with her attorney father. Nearly twenty years later, when Cami gets the terrible news that Lily has drowned saving a child’s life, her mother begs her to return home to help untangle the complicated estate issues her sister left behind.
Navigating their own strained relationship, Cami readjusts to the family and community she hasn’t known for decades, including the neighbor who stands in the way of her late sister’s dream, while Violet grieves the loss of her twin and struggles to figure out who she is now, without her other half, as the little girl Lily saved pulls her back into the orbit of the man she once loved.
With poignancy and heart, RaeAnne Thayne once again delivers her charming signature blend of warmth, wit and wisdom. 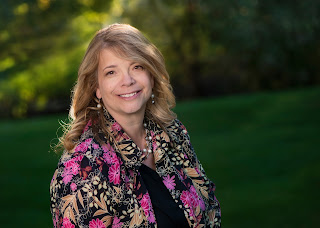 New York Times bestselling author RaeAnne Thayne finds inspiration in the beautiful norhtern Utah mountains where she lives with her family. Her stories have been described as "poignant and sweet" with "beautiful honest storytelling that goes straight to the heart."
She loves to hear from readers and can be reached through her website at www.raeannethayne.com.
Connect with RaeAnne
Website | Facebook | Twitter | Instagram | Goodreads