Release Blast: Even Better Than the Real Thing by Melanie Summers 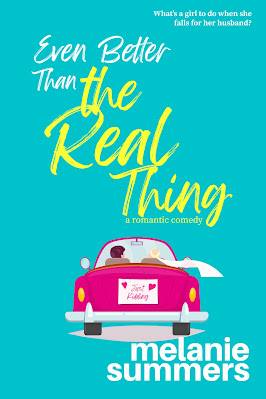 Even Better Than the Real Thing
by Melanie Summers
Release Date: April 7, 2022
About Even Better Than the Real Thing
A swoon-worthy, buttery, uber-fun romance about a marriage of convenience between two people who couldn't be more wrong for each other...
You know what’s great about applying for an art history Ph.D. program at one of the world’s most prestigious universities? I get to study what I love and land my dream job at the end of it. You know what’s not so great? Being told I’ll only get accepted to the program if I gain access to my aloof, uppity, super grumpy boss’s private art collection.
As it turns out, said boss—a one Lord Hayden Stuart—needs to get married to inherit his late father’s estate and earldom. And if there’s one thing Hayden Stuart is never going to want for real—it’s a wife.
So, we strike up a deal: I marry him and go live at his castle, where I’ll have unlimited access to his collection, he gets his earldom, and when the estate is settled, we part ways forever.
Win-win, right?
Wrong.
I may have fooled myself into believing I wasn’t risking my heart, but there’s one huge problem: I’m definitely falling for him. He’s not just another man. He’s THE man—an irresistibly good-looking, in-control, expensive-suit-wearing man who makes all the other men look like little boys. And the more time I spend with him pretending to be his wife, the more desperate I become to believe the lie.
But he’s never going to fall for some lowly Ph.D. student. So what if at the wedding he looked at me as if I’m the only woman in the world, and kissed me like he’s shipping off to war in the morning? It doesn’t mean anything.
Or does it?
Because the more we’re together, the more I realize that, even though we’re from totally different worlds, we have a lot more in common than I ever could have imagined.
Now all I have to do is convince him he really does want a wife…
Even Better Than the Real Thing is a standalone romance with a little extra spice than a regular Melanie Summers book. 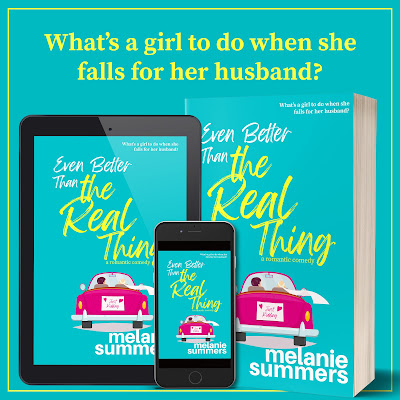 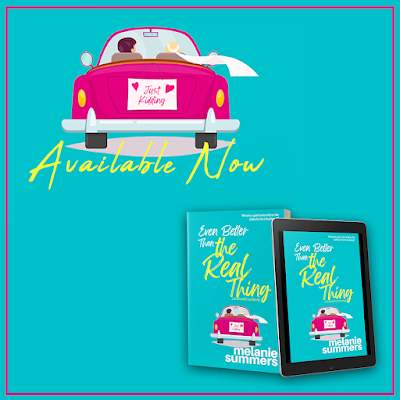 About Melanie Summers
I got SUPER lucky and my first novel, Break in Two, a steamy contemporary romance cracked the Top 10 Paid on Amazon in both the UK and Canada, and the top 50 Paid in the USA. My Full Hearts series was then picked up by both Piatkus Entice (a division of Hachette UK) and HarperCollins Canada.
My first three books have been translated into Czech and Slovak by EuroMedia. Since 2013, I've written and published sixteen novels and three novellas (and counting). I've sold over a quarter of a million books around the globe, and received two Bronze Medals at the Readers’ Favorite Award in the Chick Lit Category for The Royal Treatment (2018) and Whisked Away (2019), and one Silver Medal at the Readers' Favorite Awards in the Women's Fiction Category for The After Wife (2019).
Not bad for a newbie, eh?
I'm from Edmonton, Canada, where I live with my taller half, our three 'spirited' children (such a nice word to describe the chaos, no?). We also share our home with the cuddliest no-eyed dog ever, Lucy, and a furry Cuban dictator named Nelson. When I'm not writing, I love reading (obviously), snuggling up on the couch with the gang for movie night (which would not be complete without lots of popcorn and milkshakes), and long walks in the woods near my house.
I also spend a lot more time thinking about doing yoga than actually doing it, which is why any authorized photos of me are taken ‘from above’.
Oh, and I also love shutting down restaurants with my girlfriends. Well, not literally shutting them down, like calling the health inspector or something. More like just staying until they turn the lights off.
Connect with Melanie
Website | Facebook | Twitter | Instagram | Goodreads | Amazon 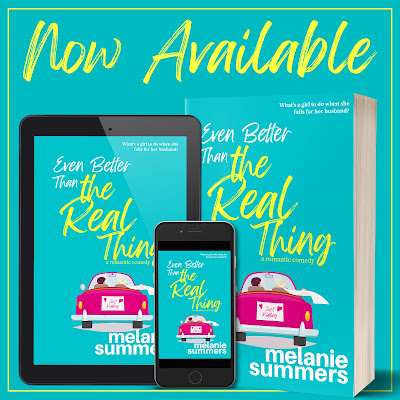