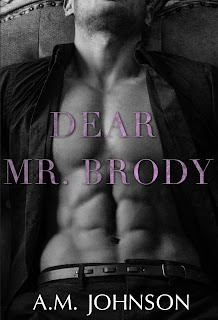 He touched and traced my lips. "You don't have to be everything, Parker. You're already amazing. You're enough, as you are."

"Yeah." He sat up, holding his weight with his palm as he kissed me.It was tender and rough and overwhelming. Everything between us spun, all the pieces we'd handed to each other. It was immense and surreal, but underneath all the chaos there was a shining light. Me and him. And I was enough. I was enough.

Finding an author who writes well isn't as difficult a feat nowadays, not with the influx of indie authors who dare to buck the system and self-publish. Putting stories that you've invested so much time and thought into out into the world takes courage, and I tip my hat to storytellers who publish their books without the usual machinery of big name publishers. But there's that rare breed of author, the ones who seem to do no wrong, creating stories that aren't formulaic, taking creative risks by not going the hearts-and-flowers route but still guaranteeing a happy ending for their readers. A.M. Johnson belongs to that very group, as evidenced with each book of hers that I've had the privilege of reading. Latest case in point: the third standalone in her much beloved For Him series.
Slapping the "teacher-student romance" label on Dear Mr. Brody would over-simplify what this novel is about. This is Parker Mills and Donovan Brody's story, and it's one that's been beautifully concocted and penned by the ceaselessly gifted A.M. Johnson. The former is a twenty-three-year-old military veteran focused on finishing his college degree; the latter is a thirty-three-year-old single father and literary agent with Lowe Literary working part-time as an adjunct professor teaching introductory creative writing. While Parker is out, he hid his sexuality for most of his time in the military for pressing reasons. On the other hand, Donovan always knew he was bisexual, but it wasn't something that he publicly acknowledged, going on to marry but still ending up divorced.
One of my favorite things about Parker and Donovan--and all of the author's main characters throughout all the books I've read from her--is how layered they are. Neither of them are these perfect humans who are bastions of positivity and grace. They act and react like normal individuals, so yes, they're flawed, but there's something about each of them that makes you want to cheer them on and has you believing that they are, indeed, worthy of that happily-ever-after that they're striving for. I admired these two on their own, but as a couple, my adoration was boundless. Add Donovan's ten-year-old daughter, Anne, to the mix, and I loved the family unit they were creating for themselves. And let's not forget the respective support systems these two had--Donovan's family and friends and Parker's best friend--all of whom loved and respected our twosome beyond measure.
With this new book, A.M. Johnson has left me in awe once again. Her writing is in a class all its own. She's delivered a love story that once again highlights that love is love is love, regardless of the characters involved--their sexuality, race, gender, circumstances, etc. Parker and Donovan went through personal trials prior to meeting each other that have led them to evolve into the people they are now. They had hurdles they needed to overcome, but while there were complications, what was simply natural between them was this palpable connection that refused to be denied. Johnson's ability to write emotive prose with so much heart is part and parcel of what makes me coming back for more. Parker and Donovan's story is her setting the bar yet again, and she doesn't seem to have any trouble at all surpassing it each and every time. Five-plus stars go to Dear Mr. Brody.
-------------------------
Read my reviews for the For Him series: