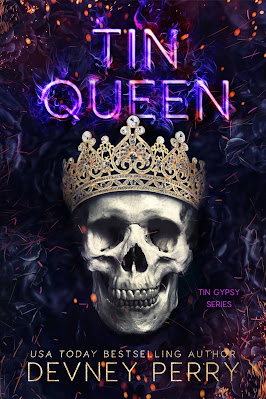 Tin Queen
(Tin Gypsy #6)
by Devney Perry
Release Date: August 31, 2021
About Tin Queen
No promises. No expectations. No names.
That's what Emmett Stone agreed to with the woman who caught his eye two months ago. After years of drama following the end of the Tin Gypsy Motorcycle Club, a no-strings fling with a mystery woman is exactly what he needs.
Except as they find themselves together more and more, it's impossible for him to keep his feelings at bay.
She's clever and sassy. She's gracious and kind. She loves riding on the back of his bike every Saturday afternoon and lazing in his bed every Sunday morning. She's the perfect woman.
Except she's Nova Talbot, the daughter of his archenemy—the man who murdered his father.
Her identity will cost her the man who's captured her heart unless she can convince Emmett her feelings are true.
Before he learns the reason she proposed their fling in the first place. 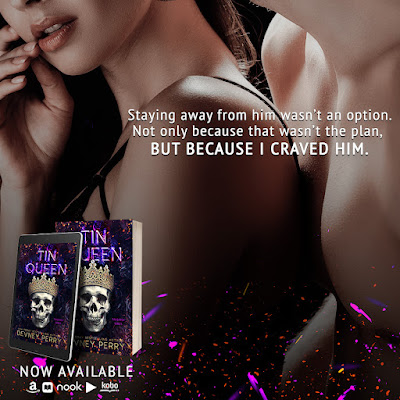 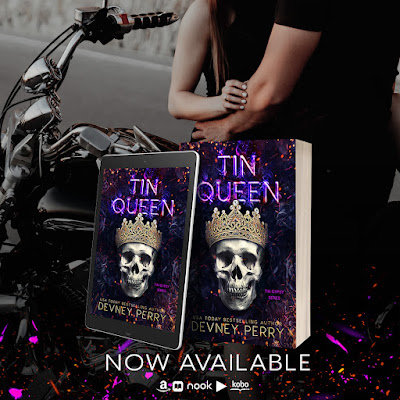 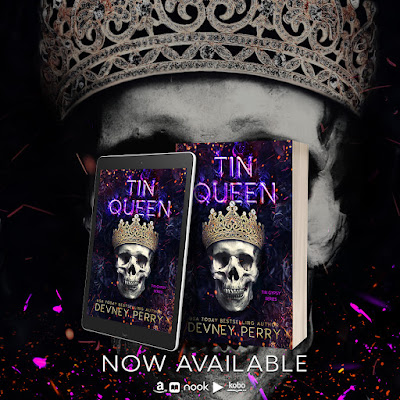