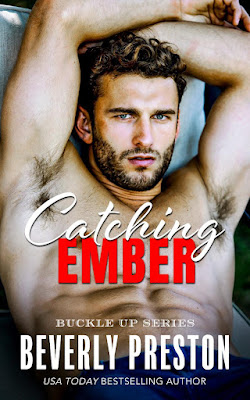 Catching Ember
(Buckle Up #1)
by Beverly Preston
Date Released: August 16, 2021
About Catching Ember
Nash
Nash Harris is a man on the verge of getting everything he’s dreamed of.
Everything he’s worked for. Everything he’s ever wanted.
There’s only one thing standing between him and a million barrels of crude oil.
A sexy, smart, mouthwatering woman.
Ember
They say everything’s bigger in Texas—including Nash Harris’s ego.
Falling for a man like Nash was easy. The man’s an addictive dance of dominance, intellectual conversation, and hidden scars.
If she isn’t careful, she’ll let him rob her blind like a welcomed thief stealing pieces of her heart, hiding them in his pocket next to her panties. 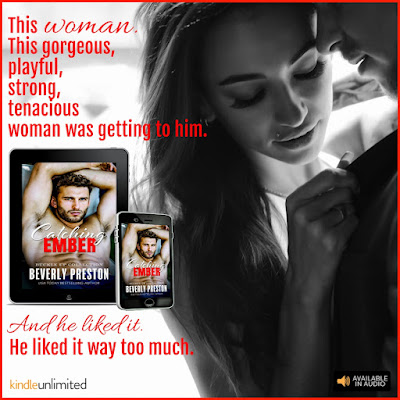 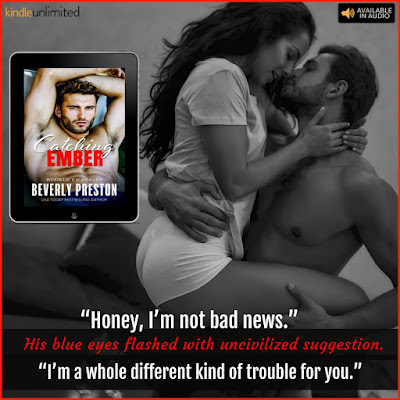 About Beverly Preston
Beverly Preston is a USA Today bestselling author of contemporary romance. She writes emotionally rich and sinfully sexy stories about the ultimate alpha good guy; the kind of man you want to drag you to bed and put a ring on your finger. She also has a passion for strong, humorous, female characters and stories ingrained in a solid sense of family and loyalty.
Beverly woke up one morning from a horrible dream that her husband had died and she was in Bora Bora saying her goodbyes. After weeks of worry and torment, she realized it was simply a bad dream and her husband wasn’t going anywhere. However, she still thought about that tiny fragment of a dream for months before turning it into No More Wasted Time.
She lives in Las Vegas with her husband, four kids, and two Golden Retrievers. If she’s not spinning richly emotional stories, you’ll find her on her spin bike.
Connect with Beverly
Website | Facebook | Facebook Group | Twitter | Instagram | Goodreads | BookBub | Amazon | Newsletter 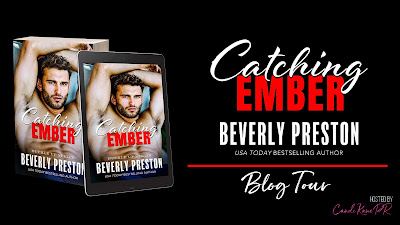