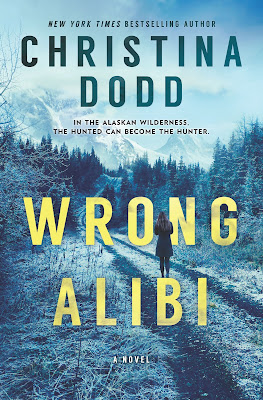 Wrong Alibi
(Murder in Alaska #1)
by Christina Dodd
Date Released: December 29, 2020
HQN Books
About Wrong Alibi
From New York Times bestselling author Christina Dodd comes an all-new thriller featuring a bold and brash female protagonist, a brutal and twisty murder that will have readers turning the pages and a villain that will have them keeping the lights on at night. Wrong Alibi is perfect for fans of Lisa Jewell, Karin Slaughter, and Sandra Brown.
WRONG JOB
Eighteen-year-old Evelyn Jones lands a job in small-town Alaska, working for a man in his isolated mountain home. But her bright hopes for the future are shattered when Donald White disappears, leaving her to face charges of theft, embezzlement—and a brutal double murder. Her protestations of innocence count for nothing. Convicted, she faces life in prison…until fate sends her on the run.
WRONG NAME
Evie's escape leaves her scarred and in hiding, isolated from her family, working under an alias at a wilderness camp. Bent on justice, intent on recovering her life, she searches for the killer who slaughters without remorse.
WRONG ALIBI
At last, the day comes. Donald White has returned. Evie emerges from hiding; the fugitive becomes the hunter. But in her mind, she hears the whisper of other forces at work. Now Evelyn must untangle the threads of evidence before she’s once again found with blood on her hands: the blood of her own family... 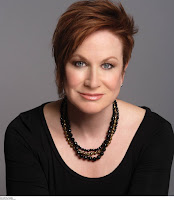 New York Times bestselling author Christina Dodd writes “edge-of-the-seat suspense” (Iris Johansen) with “brilliantly etched characters, polished writing, and unexpected flashes of sharp humor that are pure Dodd” (ALA Booklist). Her fifty-eight books have been called "scary, sexy, and smartly written" by Booklist and, much to her mother's delight, Dodd was once a clue in the Los Angeles Times crossword puzzle.
Enter Christina’s worlds and join her mailing list at www.christinadodd.com.
Connect with Christina
Website | Facebook | Twitter | Instagram | Goodreads