Release Blitz: The V- in 403C by Jess Bryant 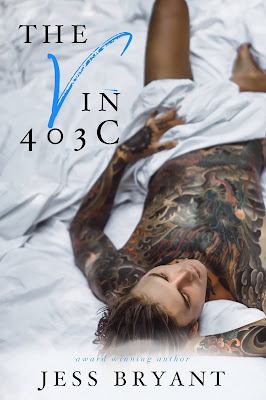 About The V- in 403C
Jonah Monroe might be a genius when it comes to his studies but he’s never been able to find his footing in the real world. A college graduate by the age of eighteen and a doctoral candidate at twenty-one, he doesn’t fit in with his peers and lacks the social graces that would attract friends, let alone a lover. He’s resigned himself to his status as awkward and forever alone, until one bad decision turns his world upside down.

Reed Matheson has done a lot of dumb shit in his short life but he never would have guessed that kissing a stranger in a bar would be the best decision he ever made. He didn’t expect the intense connection he feels for the shy, socially awkward stranger to linger long after he was gone. And he certainly never expected to see the cute guy the next morning, preparing to teach his class.

Reed is a student and Jonah is a TA. Unwritten rules or not, nothing more can happen between them, at least that’s what Jonah keeps telling himself. But Reed has never been one to play by the rules and he’s not about to start now, when for the first time, his heart is on the line.

The V- in 403C takes place in the same world as The D- in 403B. Side characters may overlap but each book is a complete story with its own main characters and no cliffhangers. Each book can be read as a standalone. 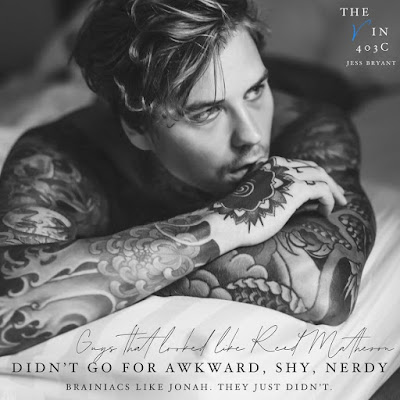 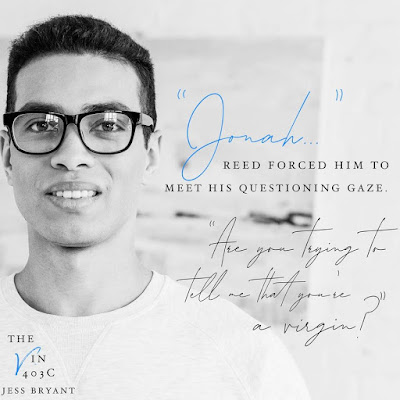 About Jess Bryant
Jess Bryant is an avid indoorswoman. A city girl trapped in a country girl's life, her heart resides in Dallas but her soul and roots are in small town Oklahoma. She enjoys manicures, the color pink, and her completely impractical for country life stilettos. She believes that hair color is a legitimate form of therapy, as is reading and writing romance. She started writing as a little girl but her life changed forever when she stole a book from her aunt's Harlequin collection and she's been creating love stories with happily ever afters ever since.

Jess holds a degree in Public Relations from the University of Oklahoma and is a lifetime supporter of her school and athletic teams. And why not? They have a ton of National Championships! She may be a girlie girl but she knows her sports stats and isn't afraid to tell you that your school isn't as cool as hers... or that your sports romance got it all wrong.