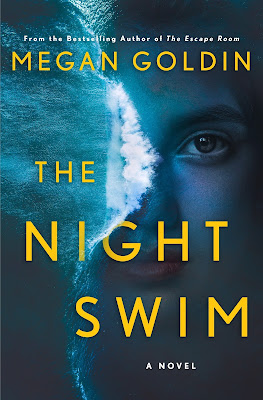 About The Night Swim
In The Night Swim, a new thriller from Megan Goldin, author of the “gripping and unforgettable” (Harlen Coben) The Escape Room, a true crime podcast host covering a controversial trial finds herself drawn deep into a small town’s dark past and a brutal crime that took place there years before.

Ever since her true-crime podcast became an overnight sensation and set an innocent man free, Rachel Krall has become a household name—and the last hope for people seeking justice. But she’s used to being recognized for her voice, not her face. Which makes it all the more unsettling when she finds a note on her car windshield, addressed to her, begging for help.

The new season of Rachel's podcast has brought her to a small town being torn apart by a devastating rape trial. A local golden boy, a swimmer destined for Olympic greatness, has been accused of raping the beloved granddaughter of the police chief. Under pressure to make Season 3 a success, Rachel throws herself into her investigation—but the mysterious letters keep coming. Someone is following her, and she won’t stop until Rachel finds out what happened to her sister twenty-five years ago. Officially, Jenny Stills tragically drowned, but the letters insist she was murdered—and when Rachel starts asking questions, nobody in town wants to answer. The past and present start to collide as Rachel uncovers startling connections between the two cases—and a revelation that will change the course of the trial and the lives of everyone involved.

Electrifying and propulsive, The Night Swim asks: What is the price of a reputation? Can a small town ever right the wrongs of its past? And what really happened to Jenny?

Add The Night Swim on Goodreads. 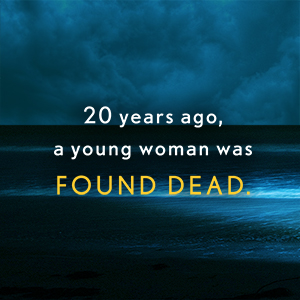 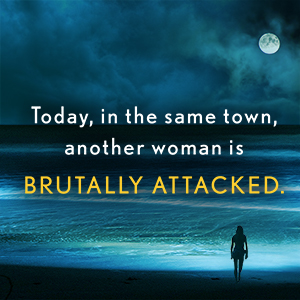 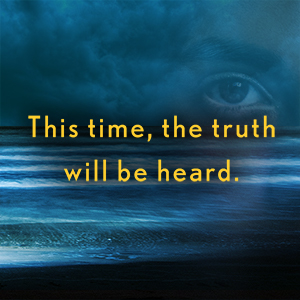 An Excerpt from The Night Swim
Hannah
It was Jenny’s death that killed my mother. Killed her as good as if she’d been shot in the chest with a twelve-gauge shotgun. The doctor said it was the cancer. But I saw the will to live drain out of her the moment the policeman knocked on our screen door.

“Ma’am, I don’t know how to tell you other than to say it straight.” The policeman spoke in the low-pitched melancholic tone he’d used moments earlier when he’d pulled up and told me to wait in the patrol car as its siren lights painted our house streaks of red and blue.

Despite his request, I’d slipped out of the back seat and rushed to Mom’s side as she turned on the front porch light and stepped onto the stoop, dazed from being woken late at night. I hugged her withered waist as he told her what he had to say. Her body shuddered at each word.

His jaw was tight under strawberry blond stubble and his light eyes were watery by the time he was done. He was a young cop. Visibly inexperienced in dealing with tragedy. He ran his knuckles across the corners of his glistening eyes and swallowed hard.

“I’m s-s-sorry for your loss, ma’am,” he stammered when there was nothing left to say. The finality of those words would reverberate through the years that followed.

But at that moment, as the platitudes still hung in the air, we stood on the stoop, staring at each other, uncertain what to do as we contemplated the etiquette of death.

I tightened my small, girlish arms around Mom’s waist as she lurched blindly into the house. Overcome by grief. I moved along with her. My arms locked around her. My face pressed against her hollow stomach. I wouldn’t let go. I was certain that I was all that was holding her up.

She collapsed into the lumpy cushion of the armchair. Her face hidden in her clawed-up hands and her shoulders shaking from soundless sobs.

I limped to the kitchen and poured her a glass of lemonade. It was all I could think to do. In our family, lemonade was the Band-Aid to fix life’s troubles. Mom’s teeth chattered against the glass as she tilted it to her mouth. She took a sip and left the glass teetering on the worn upholstery of her armchair as she wrapped her arms around herself.

I grabbed the glass before it fell and stumbled toward the kitchen. Halfway there, I realized the policeman was still standing at the doorway. He was staring at the floor. I followed his gaze. A track of bloody footprints in the shape of my small feet was smeared across the linoleum floor.

He looked at me expectantly. It was time for me to go to the hospital like I’d agreed when I’d begged him to take me home first so that I could be with Mom when she found out about Jenny. I glared at him defiantly. I would not leave my mother alone that night. Not even to get medical treatment for the cuts on my feet. He was about to argue the point when a garbled message came through on his patrol car radio. He squatted down so that he was at the level of my eyes and told me that he’d arrange for a nurse to come to the house as soon as possible to attend to my injured feet. I watched through the mesh of the screen door as he sped away. The blare of his police siren echoed long after his car disappeared in the dark.

The nurse arrived the following morning. She wore hospital scrubs and carried an oversized medical bag. She apologized for the delay, telling me that the ER had been overwhelmed by an emergency the previous night and nobody could get away to attend to me. She sewed me up with black sutures and wrapped thick bandages around my feet. Before she left, she warned me not to walk, because the sutures would pop. She was right. They did.

Jenny was barely sixteen when she died. I was five weeks short of my tenth birthday. Old enough to know that my life would never be the same. Too young to understand why.

I never told my mother that I’d held Jenny’s cold body in my arms until police officers swarmed over her like buzzards and pulled me away. I never told her a single thing about that night. Even if I had, I doubt she would have heard. Her mind was in another place.

We buried my sister in a private funeral. The two of us and a local minister, and a couple of Mom’s old colleagues who came during their lunch break, wearing their supermarket cashier uniforms. At least they’re the ones that I remember. Maybe there were others. I can’t recall. I was so young.

The only part of the funeral that I remember clearly was Jenny’s simple coffin resting on a patch of grass alongside a freshly dug grave. I took off my hand-knitted sweater and laid it out on top of the polished casket. “Jenny will need it,” I told Mom. “It’ll be cold for her in the ground.”

We both knew how much Jenny hated the cold. On winter days when bitter drafts tore through gaps in the patched-up walls of our house, Jenny would beg Mom to move us to a place where summer never ended.

A few days after Jenny’s funeral, a stone-faced man from the police department arrived in a creased gabardine suit. He pulled a flip-top notebook from his jacket and asked me if I knew what had happened the night that Jenny died.

My eyes were downcast while I studied each errant thread in the soiled bandages wrapped around my feet. I sensed his relief when after going through the motions of asking more questions and getting no response he tucked his empty notebook into his jacket pocket and headed back to his car.

I hated myself for my stubborn silence as he drove away. Sometimes when the guilt overwhelms me, I remind myself that it was not my fault. He didn’t ask the right questions and I didn’t know how to explain things that I was too young to understand.

This year we mark a milestone. Twenty-five years since Jenny died. A quarter of a century and nothing has changed. Her death is as raw as it was the day we buried her. The only difference is that I won’t be silent anymore.

Megan Goldin worked as a correspondent for Reuters and other media outlets where she covered war, peace, international terrorism and financial meltdowns in the Middle East and Asia. She is now based in Melbourne, Australia where she raises three sons and is a foster mum to Labrador puppies learning to be guide dogs.

The Escape Room was her debut novel.