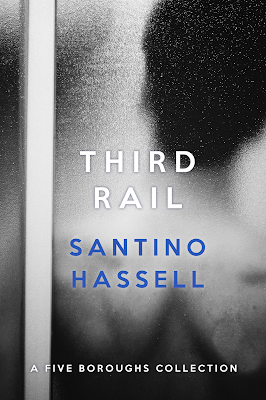 About Third Rail
Christopher Mendez has always known his sexual identity had a swerve. No straight guy would have low-key lusted after his childhood best friend, right? Unfortunately, a combination of insecurity and overall lack of game has prevented him from further exploring his sexuality. That changes once he agrees to participate in a photoshoot for a queer dating app and meets Jace Fairbairn.

Jace is beautiful, fey-like, and in an open polyamorous relationship with his gorgeous linebacker-looking husband Aiden. Once they set eyes on Chris, they’re instantly in lust and determined to broaden his sexual horizons. But what’s supposed to be a straight-forward sexual encounter gets complicated once a one-night-stand has repeat performances, and Jace and Aiden begin to fall in love.

This collection of shorts explores the start of a relationship that eventually blossoms into something the three men realize they cannot do without.

Get Third Rail for free!

An Excerpt from Third Rail
Maybe after enjoying our weekend together, Chris had realized he liked sex with men a little too much. Maybe he wasn’t as comfortable with his sexual fluidity as I’d assumed.

Before my eyes, Chris draped an arm around Jace’s shoulders, which was like the fucking bat signal. I usually kept my distance until I knew it was safe to move in. Even when I wasn’t trying to be, I could come off pushy and domineering as all hell, and the last thing I wanted was to scare Chris off.

Since the night we’d spent together, I hadn’t been able to get him out of my head. Jace either. We’d talked about it after weeks and weeks of us courting Chris via text, because neither of us could deny that this wasn’t typical. Not by a longshot. 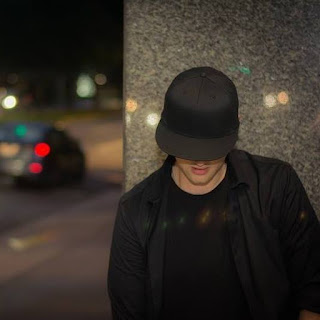 Santino Hassell was raised by a conservative family but grew up to be a smart-mouthed, school-cutting grunge kid, a transient twenty-something, and eventually transformed into a grumpy introvert and unlikely romance author with an affinity for baseball caps. His novels are heavily influenced by the gritty, urban landscape of New York City, and his desire to write relationships fueled by intensity and passion.

He’s been a finalist in both the Bisexual Book Awards and the EPIC Awards, and was nominated for a prestigious RITA award in 2017. His work has been featured in BuzzFeed, Huffington Post, Washington Post, RT Magazine, and Cosmopolitan Magazine.