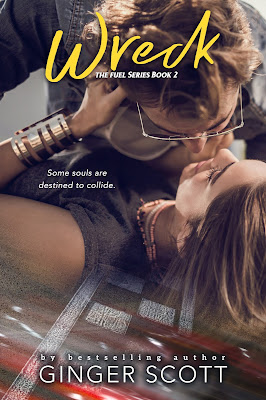 Wreck
(Fuel #2)
by Ginger Scott
Release Date: July 16, 2021
About Wreck
When Dustin Bridges left Camp Verde to try to make it on his own, he left half his heart behind. A life with Hannah Judge was just too dangerous. A mountain of chaos and violence was always aiming for the target on Dustin’s back, and that made giving up the only person he ever loved feel necessary.
But impossible isn’t a word Dustin believes in. Defying odds is what he’s good at. It’s how he’s survived. And when fate calls him home, he sees it as his chance to take back his girl, to make his heart whole and to put his makeshift family back together.
Just one thing. That family? And more importantly, that girl? They want nothing to do with him.
When Dustin left Hannah without a word, he broke a promise. More than that, he broke a bond. He broke Hannah. The life she saw in her future was gone in a blink, and in its place she grew a heart of stone and a craving for danger.
But isn’t danger what Dustin Bridges is really all about? 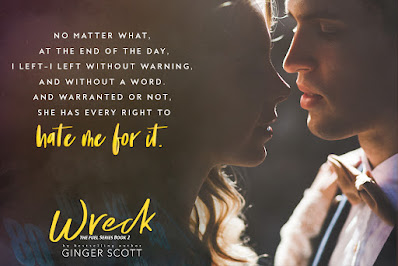 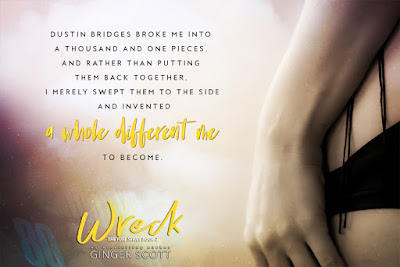