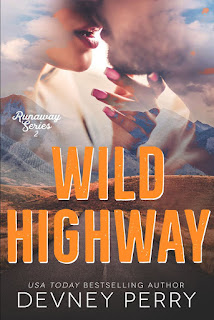 Devney Perry takes readers back on the road courtesy of her Runaway series, and book two is a second-chance romance with a whole lot of tension between the main characters who last saw each other a decade and a year ago, sharing an unforgettable night before one of them walked away without a word of warning or goodbye. Gemma Lane is the picture of success, having earned her wealth with hard work, perseverance, and know-how. You'd never think she was once a runaway teenager who, along with five other teens, called a junkyard home back in California. But after everything she's achieved, she's inspired by her best friend to leave it all behind and get back on the road. She has more money than she could have ever imagined, and now, she's on the search for...something. In her best friend's beloved Cadillac, Gemma navigates her way across the country. Then she decides to make a stop at a ranch in Montana--a ranch where she made friends. But while trying to make amends with most of them isn't too difficult, earning the good graces of Easton Greer is proving to be far more challenging.

Holy tension, Batman! Gemma and Easton had it in spades, and I just wanted to relish every single bit of it. There was angst, but not the same sort that you'd find in Devney Perry's other series because these Runaway books--well, at least the first two that have been published--have a more lighthearted feel to them. I'm not saying they're romantic comedies, because they most certainly are not, but they aren't as heavy as my other Perry reads. My hat's off to the author for not providing some sort of easy fix for our main characters. There's a healthy serving of apprehension to go with the tension, and Gemma certainly had to earn Easton's trust back. The fact of the matter was, though, that Easton had no guarantees whatsoever that she would stick around eleven years after she ran away from the ranch. These two were stubborn but when those walls broke down and they allowed themselves--and their hearts--to truly be open, you could see the realization that they were it for each other. I'm giving Wild Highway five stars out of five stars, and I'm already counting the days until the release of the third Runaway book! ♥