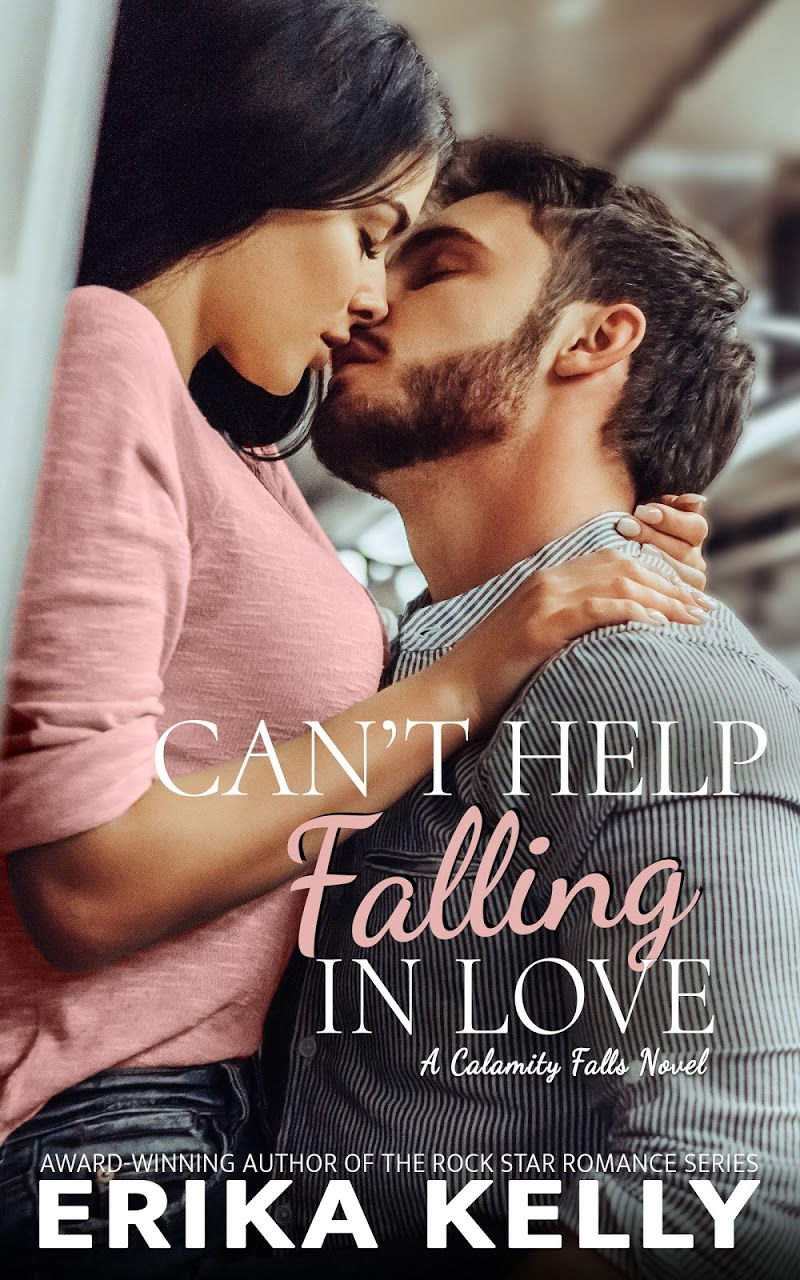 The moment Beckett O’Neill retires from professional sports, he swears off schedules and commitments. His new gig has him hopping from one exotic location to the next. No strings, no responsibilities. Nothing that will tie him down.

At least not until a chance encounter with the woman who stole his heart for a night in Vegas delivers the shock of a lifetime. He's got a five-year-old daughter, one who believes wholeheartedly she’s a fairy. What’s he supposed to do with that? It’s not like he even knows what being a good father looks like.

Life didn’t go exactly as Coco Cavanaugh planned. Her big dreams of launching a business are derailed when a one-night stand with a charming stranger results in a surprise pregnancy. As a single mom, she manages to find a happy balance raising her adorable and hilarious little girl, while mastering the art of chocolate-making. It’s a good, safe life. One she’s proud of.

When fate brings them together again, Coco remembers exactly why she fell into bed with the irresistible Beckett. But she’s not that free-spirited girl anymore. And his jet-setting lifestyle isn’t conducive to raising a child.

Is this a second chance at another one-night stand or the beginning of something real?

They’re everything he never wanted.

And he’s everything she didn’t think they needed. 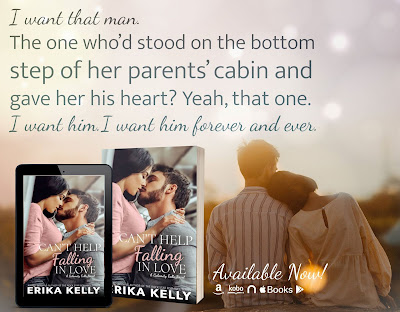 Read my four-starred review of Can't Help Falling in Love. 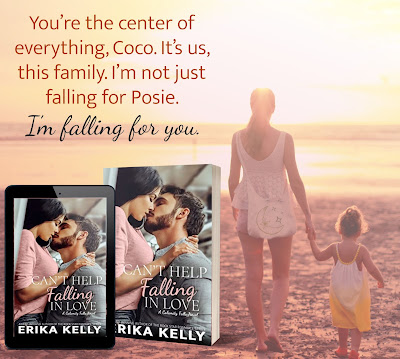 About Erika Kelly
Award-winning author Erika Kelly has been spinning romantic tales all her life—she just didn't know it. Raised on the classics, she didn't discover romantic fiction until later in life. From that moment on, she's been devouring the genre and has found her true voice as an author. Over three decades she's written poems, screenplays, plays, short stories, and all kinds of women's fiction novels. Married to the love of her life and raising four children, she lives in the northeast, drinks a lot of tea, and is always waiting for her cats to get off her keyboard.