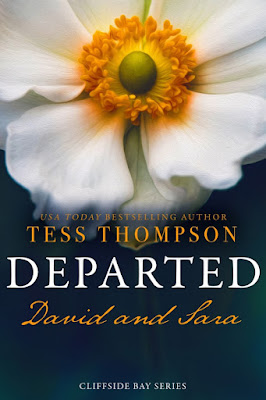 About Departed: David and Sara
Recently widowed Sara Ness moves to Cliffside Bay to hide from her painful past and the scandal that cost her far too much. With a baby daughter to raise alone, the peaceful privacy of small town life, and the comfort of the local grief support group, are just what the heiress needs. But when her inheritance is jeopardized by her new marital status, Sara is forced to make a deal with the only suitable candidate available. And for the next year she's paying for the pleasure of pretending to be married to the one man in town she simply cannot stand.

In the wake of his wife's death, architect David Perry accepts a job at Wolf Enterprises and promptly moves his children to be near what's left of their family. Though work and the kids are more than enough to fill David's days, his quiet, lonely nights force him to seek the help of the local grief support group. And when the spoiled Sara Ness proposes a partnership that promises to be lucrative for them both, David agrees to her terms and discovers that his fake bride just might hold the key to his future happiness.


The final installment of the wildly popular Cliffside Bay series weaves a heartwarming enemies-to-lovers meets marriage-of-convenience tale in the style readers have grown to expect from USA Today bestselling author Tess Thompson, with richly developed characters, a setting to marvel at, and the ultimate life lesson about true love's never-ending ability to bridge the gaps that we frequently allow to divide us. 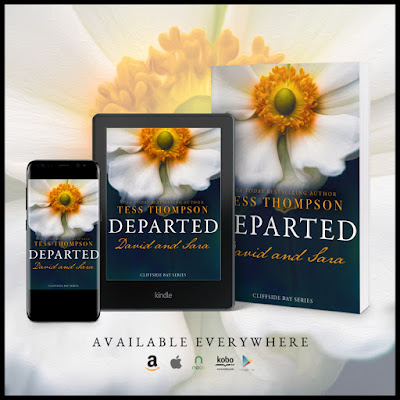 Read my five-starred review of Departed: David and Sara. 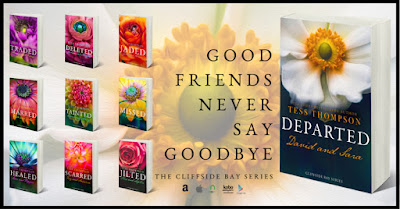 USA Today bestselling author Tess Thompson writes small-town romances and historical romance. She started her writing career in fourth grade when she wrote a story about an orphan who opened a pizza restaurant. Oddly enough, her first novel, Riversong, is about an adult orphan who opens a restaurant. Clearly, she's been obsessed with food and words for a long time now.

With a degree from the University of Southern California in theater, she’s spent her adult life studying story, word craft, and character. Since 2011, she’s published 24 novels and 5 novellas. Most days she spends at her desk chasing her daily word count or rewriting a terrible first draft.

She currently lives in a suburb of Seattle, Washington with her husband, the hero of her own love story, and their Brady Bunch clan of two sons, two daughters and five cats. Yes, that's four kids and five cats.

Tess loves to hear from you. Drop her a line at tess@tthompsonwrites.com or visit her website at https://tesswrites.com.