Release Blitz: Color Me Pretty by B. Celeste 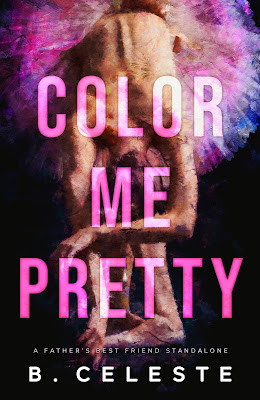 About Color Me Pretty
For as long as I could remember, Theodore West was in my life as the support system I needed when my parents were too busy building our family’s future.

He offered me shoes to dance on, a shoulder to absorb my tears, and the harsh reality of where my life was leading when I was at my lowest point.

And when the future my parents planned derailed after a statewide scandal, I had no choice but to fantasize about one for myself that didn’t involve them.

But Theo? He was always in it.

The man who would undoubtedly end me if I didn’t end him first.

Read my 3.5-starred review of Color Me Pretty.

Add Color Me Pretty on Goodreads. 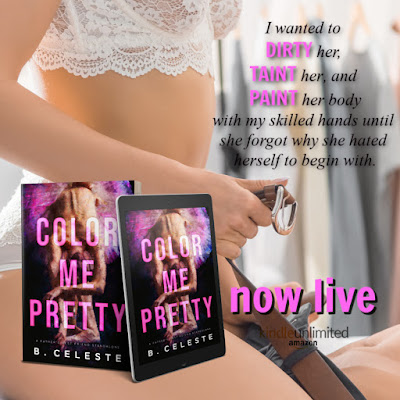 An Excerpt from Color Me Pretty
“I’m surprised you didn’t get sick of me always bugging you to dance then.” I’d been relentless and he always did as I asked. My father joked I’d had him wrapped around my finger, a place I wanted him to always remain, even if that was selfish.

“You never used to—” I squealed when he lifted me up and guided my feet to his shoes where they rested as soon as he dropped me back down, then started laughing when he kept dancing just like that. Like the old times.

“I enjoyed those days, Della,” he told me honestly, his face drawing back ever so slightly until his breath caressed the side of my face.

Half his lips quirked up. “I did. Those were simpler times when there was nothing heavy to worry about.”
I licked my lips as his nose grazed mine. My heart sped in my chest as I closed my eyes again and willed him to close the gap between our lips, but it never came. So I said, “Things now are certainly complicated because of my father…”

His sigh was felt in my soul, heavy and burdened, and I wanted to know his thoughts. “It isn’t just your father that makes things complicated now.” 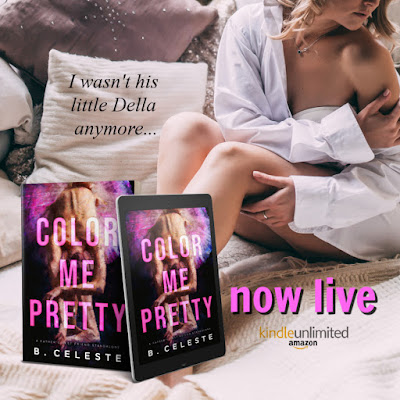 About B. Celeste
B. Celeste’s obsession with all things forbidden and taboo enabled her to pave a path into a new world of raw, real, emotional romance.

Her debut novel is The Truth about Heartbreak.