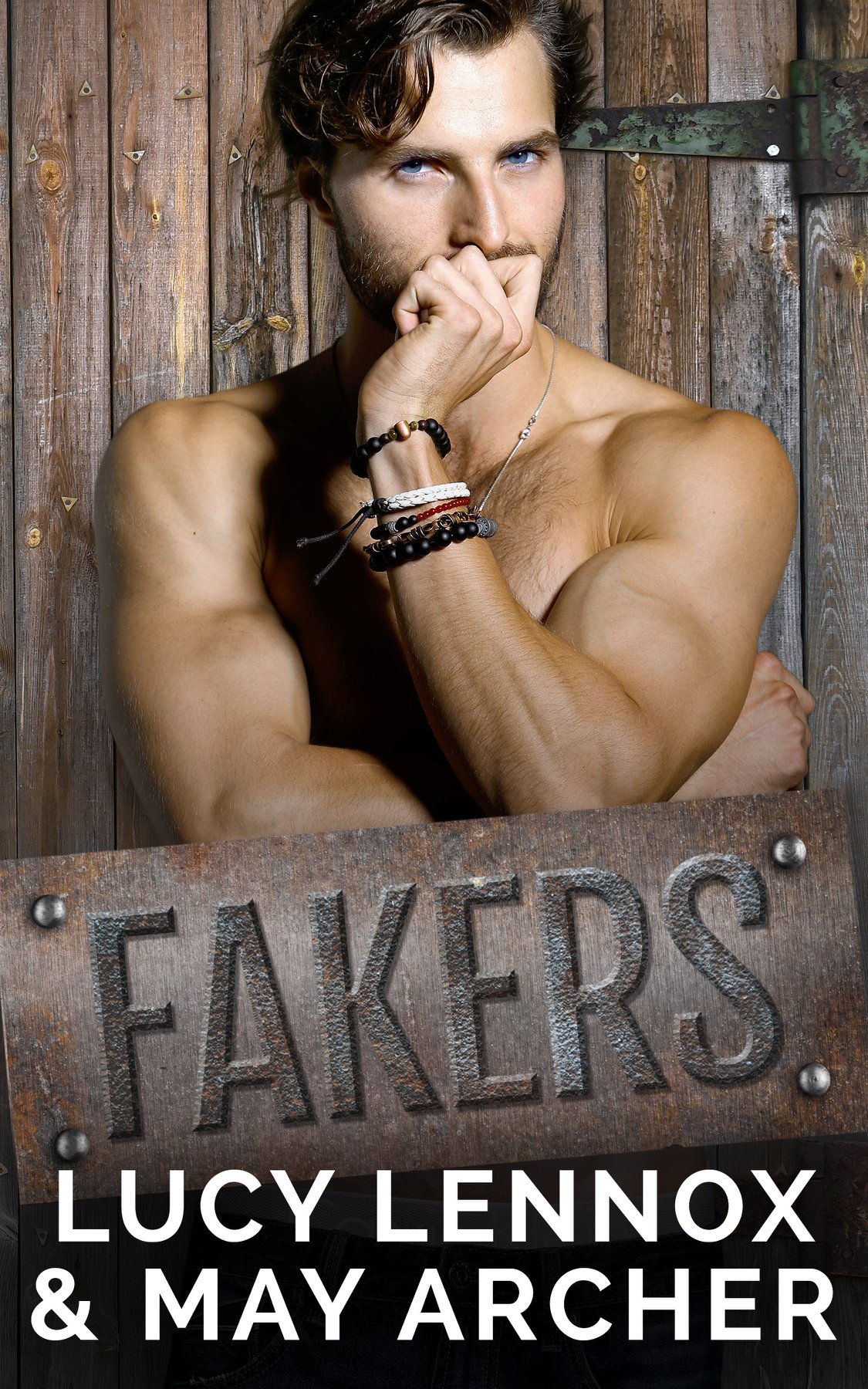 You know how you come across something and you have no idea just how much you needed it you already have it? That's what Fakers was to me. It's the end of the month--the end of the first half of the year--and with so much going on in my offline life, I desperately needed a break. Something to take me away, if even for a couple or so hours, from the hustle and bustle of my daily norm. Well, Lucy Lennox and May Archer came to my rescue by way of a book that made snort laugh more than once and snicker like someone who knows the polite thing to do is to look away but where the heck is the fun in that? Another great bonus? This book is a complete standalone.

For the past ten years, twenty-eight-year-old Brooks Johnson has gone from college student to graduate to hardworking advertising executive in New York. He's kept his distance from his hometown but after his mother calls him regarding his father's health crisis, and goes on to stir feelings of guilt with Brooks, he finds himself agreeing to return to Licking Thicket, Tennessee in order to take over his father's duties as Head Licker during the Thicket's Great Centennial Lickin' series of events.

Dragging his co-worker and having him pretend to be his boyfriend will hopefully convince Brooks's mother that he truly is gay, but it seems he isn't the only one who's returned home with a buffer. His ex-girlfriend--the high school sweetheart whose heart he broke when he ended things and came out as gay a decade ago--is back from California and she's got a boyfriend in tow. But something tells Brooks that twenty-seven-year-old artist Malachi Forrester isn't as straight as he's supposed to be. In the span of a week, unexpected feelings develop; but is it all real or are they all faking it?

I've read some of Lucy Lennox's books, and the same goes for those of May Archer, and I must say that their writing styles melded impressively well in this first foray as a writing duo. I adored the story they came up with, and with a slew of quirky characters whose antics had me either laughing or smiling, I had no problem finishing this book in one sitting and with a rather satisfied grin on my face. There's a teeny bit of angst in there as well, enough to make the angst addict in me quite happy (ironic, I know), plus there's another couple I'm now super curious about that I'm really, really, REALLY hoping will get their own book soonish. Five stars go to Fakers.

Learn more about Lucy Lennox and May Archer.