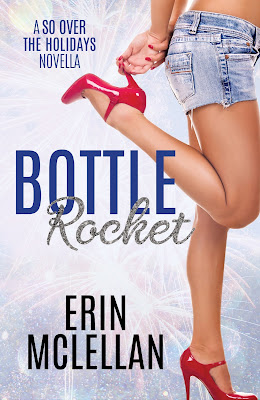 About Bottle Rocket
Freshly single Rosie Holiday is on the hunt for passion and excitement. This leads her to Leo Whittaker—a bad boy who waltzed out of town, and her life, thirteen years ago. Leo isn’t the type to stick around, but Rosie’s not going to let a no-strings opportunity pass her by.

When a business trip sends Leo back to his hometown, the last thing he expects is for his first love to hand him a list of scorching-hot escapades and a deadline. He’s happy to help Rosie discover her bossy side in the bedroom. Or in a fireworks stand. Or at a Fourth of July barbecue.

Their chemistry burns bright and fast, but what tore them apart years ago is still between them. They are polar opposites. A reserved kindergarten teacher and an irreverent artist. A nester and a wanderer. It will take a spark of imagination and a lot of love to keep their second-chance romance from flaming out. 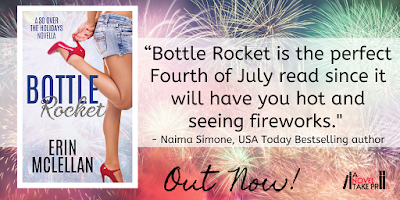 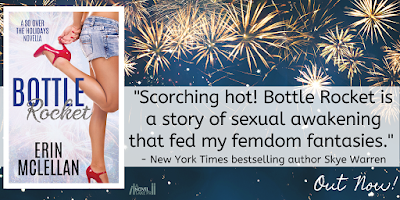 An Excerpt from Bottle Rocket
The snow cone stand was in the lot of a local park. When Leo had last been in this area, there was rusty playground equipment and not much else, but now it was a gorgeous space with a large walking-trail system. There were a few picnic tables close by under a huge cottonwood. The differences thirteen years could make.

They made it to the front of the line, and Leo was pummeled by a memory.

“Rosie,” he said, his voice low and urgent.

“Only if I get to return the favor.”

He stepped up to the open window of the stand. The worker popped her gum and gave them a bored hello.

Rosie nudged his shoulder with her own, which he took as a win.

Sour-cherry snow cones had been their thing. They’d eaten them constantly that last summer they’d spent together. They’d been sharing a sour-cherry snow cone the first time they’d fooled around. He’d gone down on her that night and discovered the miracle of oral sex. Thinking about it sent a sense memory to his taste buds. Sour cherry and Rosie’s distinctly beachy flavor on the back of his tongue. He’d never forget that moment. He enjoyed fuck clubs and sex parties and drew erotic art of his friends and had slept with a hugely diverse array of people in his life, but those first experiences with Rosie were special in a way very few had been since.

He wondered if she tasted the same.

He needed to get control before he threw himself at her feet. He didn’t have a love life currently. He had a sex life. It wasn’t fair to start a fling with Rosie if she didn’t understand the reasons for that.

He wondered what sour-cherry memory was in the back of her mind. The last time they’d seen each other, the night before he’d driven to California, she’d finished his snow cone and kissed him until their mouths were sore. He’d never said the word goodbye. He’d just left with the taste of her on his lips. 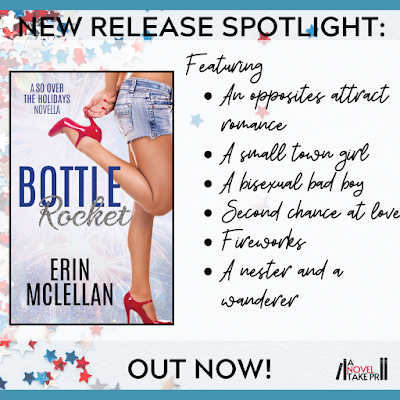 Erin McLellan is the author of the Farm College, So Over the Holidays, and Storm Chasers series. She enjoys writing happily ever afters that are earthy, emotional, quirky, humorous, and very sexy.

Originally from Oklahoma, Erin currently lives in Alaska and spends her time dreaming up queer contemporary romances set in the Great Plains. She is a lover of chocolate, college sports, antiquing, Dr Pepper, and binge-worthy TV shows. 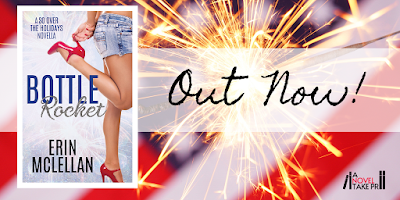