Release Blitz: You're the Reason by J. Nathan 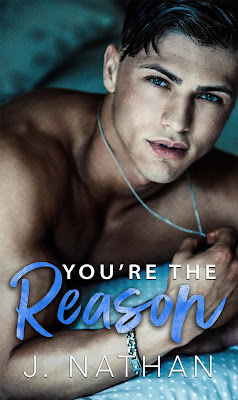 About You're the Reason
Welcome to Crestwood University...
Where smiles conceal secrets.
Gossip runs rampant.
And everyone hides the truth.

Sophia Galloway has no idea what she’s walking into when she transfers to Crestwood University.
Returning to Texas was her only goal.
But nothing could prepare her for stepping foot on a campus where no one is what they seem.
In a world where frat guys think they can do no wrong.
And sorority presidents think they run the show.
Sophia’s about to find out what happens when she unknowingly crosses the wrong guy, pisses off the wrong sorority sister, and refuses to play by anyone else’s rules.

A life will be lost.
Lies will be told.
Hearts will be broken.
And secrets...well secrets are meant to be revealed.

Is there anyone she can trust? 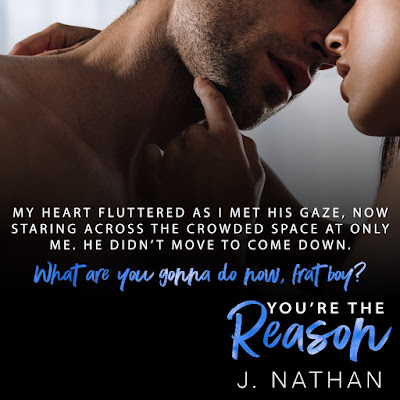 Read my five-plus-starred review of You're the Reason.

Add You're the Reason on Goodreads.

Enter the You're the Reason release giveaway. 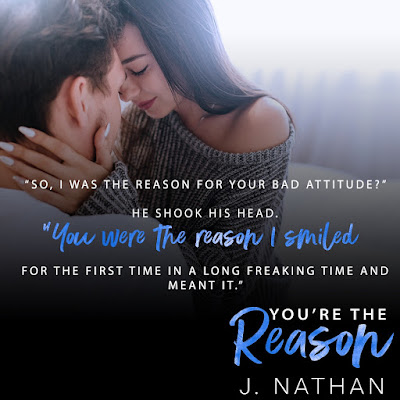 An Excerpt from You're the Reason
I heard footsteps behind me and realized I’d failed to elude him.

“What are you doing?” Chase asked, his hands gripping the straps on his backpack.

He released one of his straps and slipped his hand into mine.

My eyes shot down to where his big hand was linked with mine. I clenched my teeth. “Let go.”

He shook his head as I tried releasing my hand.

“The one I need to be careful of.”

He scoffed, before leading me away from the elevator.

“What the hell are you doing?” I asked, trying to resist him but he was too strong.

My eyes shot around. There was no one around to help me if I screamed. I’d seen enough movies to know you never go to a second location with your kidnapper.

He moved us through the high shelves filled with old books until we were in a deserted corner of the library.

My heartbeat thrashed as he backed me into a wall, my backpack softening the hard wall behind me. His hands landed on the wall above me and he kept me still with the weight of his body.

“You are the most infuriating girl I’ve ever met,” he said, his blue eyes staring into mine.

As nervous as I felt, I wouldn’t let him see my fear. “Then let me go and you never have to see me again.”

I swallowed around the lump that had shot to my throat.

“I can’t stop thinking about you, Soph.”

“And it’s driving me fucking crazy.” 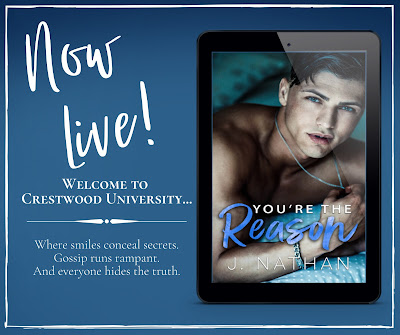 J. Nathan is the author of new adult, sports, and rock star romances with cocky heroes and sassy heroines. When she's not writing, she's a crazy soccer and baseball mom and a total romance junkie! She loves watermelon margaritas, guys in backward hats, country music, the summertime, and her amazing family and friends.