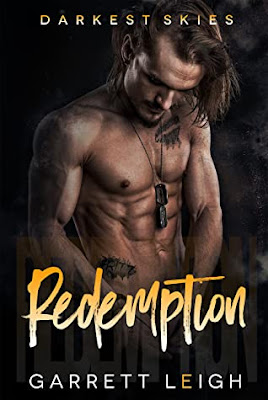 About Redemption
Reformed gangster Luis falls hard for his boss. When friendship turns to love, it’s up to Paolo to convince him second chances are worth the pain.

Luis Pope is back on the street after a six-year stretch in prison, but life on the outside seems just out of reach, especially when the whole neighbourhood knows his face for all the wrong reasons.

Paolo’s temper makes it hard to keep staff, and he knows Luis’s rep all too well. But his nonno believes in redemption, and Luis isn’t the tough guy Paolo remembers. Prison has left its mark, inside and out, and all the kindness in the world can’t fix the three-inch scar on Luis’s skull.

And it can’t keep ghosts locked up. Luis’s the best worker Paolo’s ever had, and Luis’s happier than he’s ever been. But his old life doesn’t want to stay in the past. Trouble comes to call, and when it makes him an offer he can’t refuse, keeping Paolo safe hurts the most. 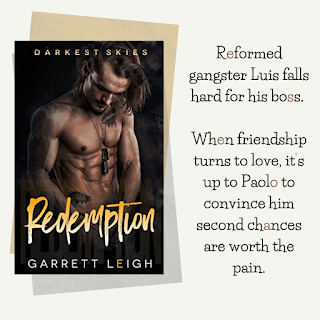